Iran looks to be the big winner in the high stakes negotiation game that the world powers, led by U.S. President Barack Obama’s team, have played like amateurs.

The biggest news is that, whereas ten years ago Iran was not permitted to have even one centrifuge, the “deal” the P5+1 will be offering, according to senior Israeli and other officials, allows Iran about 6,500 centrifuges.


Those centrifuges have nothing to do with creating nuclear “power,” in the oil-rich Islamic Republic of Iran. Those centrifuges will be spinning the material to hurtle Iran towards nuclear weapons capability.

The details that are emerging support the position the Israelis have been warning against, increasingly loudly, for many months. Although the U.S. recently admitted it had kept Israel out of the loop about details of the deal, Israel has been kept abreast through other channels.

The “deal” has not yet been finalized, and talks will resume next Monday, after U.S. Secretary of State John Kerry and Iran’s Foreign Minister Mohammad Javad Zarif met to hammer out details for several days in Geneva.

“We had serious talks with the P5+1 representatives and especially with the Americans in the past three days…. But still there is a long way to reach a final agreement,” Zarif told Iran’s Fars news.

The P5+1 refers to the permanent members of the United Nations Security Council, the U.S., the United Kingdom, Russia, China and France, plus Germany.

In addition to the huge number of centrifuges that Iran will be permitted under the deal, the end date of the agreement between the P5+1 and Iran is of great concern to Israel and others who recognized Iran’s apocalyptic capabilities. The agreement is expected to end in about ten years, after which there will be no restraints at all on Iran’s nuclear program.

AP reported the deal would initially freeze Iran’s nuclear program but gradually allow it to increase activities, as a “reward” for “compliance,” that could enable it to produce nuclear arms in the last years of the agreement.

Israel’s Defense Minister Moshe Ya’alon voiced Israel’s deep concern about the impending deal, according to the Jerusalem Post.“The agreement with Iran as it is coming together now is a great danger to Western world peace and a threat to Israel’s security,” he said.“Iran today is the leading factor for instability in the Middle East, and it sends terrorist proxies around the world with the goal of harming Western and Israeli interests,” he said. “Therefore, any agreement that will be signed between the West and this apocalyptic, messianic regime will severely harm Western and Israeli interests and enable Iran to become a threshold nuclear state and continue its terrorist activities.” Israeli Prime Minister Binyamin Netanyahu will be addressing a joint session of Congress next week. He will focus on the dangers of the deal with Iran. He openly admits his goal is to convince members of Congress to do all they can to insist any agreement be one that keeps Iran from achieving its goal of obtaining nuclear weapons capability.

The speech has become a major source of conflict between the U.S. administration and Israel, with false allegations that Netanyahu “blindsided” the administration by failing to inform it in advance of accepting the invitation.

With the details slowly emerging of a very bad deal between the world powers and Iran, and with polls showing the vast majority of Americans distrust the Iranians, it may be that Washington’s petulance will have at least one unintended consequence: a boost to Bibi. 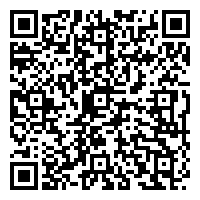