President-elect Joe Biden has picked Tony Blinken, who served as his national security adviser when he was vice-president, to serve as his Secretary of State, US media outlets reported Sunday. Jake Sullivan, a close advisor to Hillary Clinton, will be appointed as National Security Advisor.

Tony Blinken, 58, was born to Jewish parents, Judith and Donald Blinken, from New York City, but his parents divorced and his mother married Samuel Pisar, a survivor of both the Auschwitz and Dachau death camps.


Blinken is considered Biden’s closest adviser who is deeply involved in formulating his policy. During the campaign, Blinken said that Biden would not return the American embassy to Tel Aviv, but would reopen the consulate in eastern Jerusalem.

On June 17, Blinken said that Biden “would not tie military assistance to Israel to things like annexation or other decisions by the Israeli government with which we might disagree.”

Pro-Israel individuals on three continents have probably breathed a sigh of relief following the news of Blinken’s likely nomination, for his one striking quality, namely that he is not Susan Rice.

Rice, President Obama’s UN ambassador and later National Security Adviser, would have revived everything that was wrong about the last democratic administration’s foreign policy. She would have also been a very tough sale to the currently still GOP-controlled senate. Rice has been a target of the Republicans, most notably for her statements after the deadly 2012 attacks on Americans in Benghazi, Libya, inaccurately asserting that the attack had evolved from a protest, when in fact there had been no protest.

A group of 97 House Republicans sent a letter to President Obama on November 19, 2012, to say Rice’s statements were “misleading” and that she should accordingly not be considered a candidate to succeed Hillary Clinton in 2013 as Secretary of State. On December 13, 2012, in a letter to President Obama, Rice asked him to remove her name from consideration for Secretary of State, saying “if nominated, I am now convinced that the confirmation process would be lengthy, disruptive, and costly—to you and to our most pressing national and international priorities… Therefore, I respectfully request that you no longer consider my candidacy at this time.”

It’s safe to assume that President-elect Joe Biden also read this letter and chose to save himself a lot of nomination trouble.

Biden will probably not have a problem getting through the Senate is the nomination of Linda Thomas-Greenfield to UN Ambassador. Thomas-Greenfield, 68, served as the Assistant Secretary of State for African Affairs in the United States Department of State’s Bureau of African Affairs under President Barack Obama. The highest-ranking Black career diplomat, she was terminated in 2017, five days after President Donald Trump had taken office. 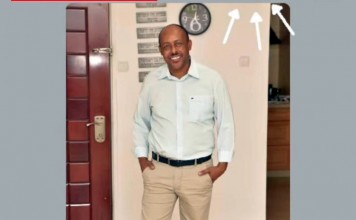 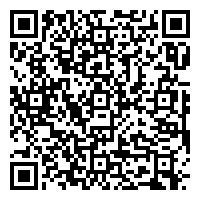