Israel’s national carrier was forced to announce Monday evening that its flights to Hong Kong and Beijing were being canceled, despite a scolding from Judge Ofira Dagan-Tuchmacher.


The judge asked the airline management for more data and El Al has said it will submit a detailed table with a statement about the canceled flights by February 9, according to Globes. The table will include information about calls made to pilots who refused to fly.

Another hearing by the court is scheduled for February 22. In the meantime, the conflict is continuing and it is not clear when or how the dispute will be resolved.

The pilots are on strike over a long-running disagreement about their salary after age 65, when they are legally no longer allowed to fly international routes.

Israeli retirement age does not begin until age 67, and the pilots’ union is demanding the company either transfer those at age 65 to training or other desk jobs at full salary, or come to terms for early retirement.

Management has, however, cut the salaries of pilots from age 65 to age 67 to only 34 percent of their full-time pay with no other benefit, prompting the union to call a wildcat strike. 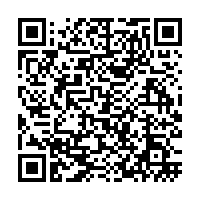