Netanyahu met early Monday in Jerusalem with the Belgian prime minister, but prior to their talks shared a moment with news media in which he publicly welcomed the European leader.


“We have much to discuss both bilaterally and I think on the larger scene, larger scene I don’t mean just the Middle East but the sparks that fly out of the Middle East and affect now every country, including Belgium tragically, and every continent around the world,” Netanyahu said pointedly.

Our bilateral relations are healthy. In terms of trade we have about $3 billion of trade between us. We can have more. We have strong industries, strong knowledge industries, and I think that the future belongs to those who innovate.”

Netanyahu also noted the Belgium and Israel have much in common in terms of industry, but added that the Jewish State now has 500 startups, where just a decade ago, “we had maybe one, at most two.”

The prime minister commented that small countries can have powerful economies, adding, “I think that if we cooperate we can increase the prosperity of our peoples for our common benefit,” he said.

“The second problem of course is the great challenge of terror. It emanates, we should say so unequivocally, from radical Islam that brings tremendous misery to our region and proceeds elsewhere with unrestricted violence.

“Israel has been at the forefront of the countries that fight militant Islam. We share our intelligence on terrorism.

“I think in a larger sense, Prime Minister, it’s important to recognize that Israel is the strongest force in the Middle East that prevents the collapse of the Western part of the Middle East.

“If that were to happen, we would have untold misery to many, many more millions of residents of the Middle East and a great increase flow to Europe. Israel prevents that. In many ways it is the most powerful force, among others, that prevents this tragedy from increasing. And I think in this sense, Israel is doing an important service for the peoples of Europe, including Belgium.

“We’ll continue our cooperation on counter-terrorism and many other things that I think are important for the safety and security of both our peoples.”

Israel’s prime minister said that the problem with the “quest for peace” is based on what he called a “simple truth – the persistent Palestinian refusal for the last 70 years, 68 years since Israel was established, to recognize a Jewish state in any boundaries. This is the core of our particular conflict.”

Netanyahu said he looks forward to “the day when we have Palestinians who are willing to recognize, finally, the Jewish state. That will be the beginning of peace and a great step forward to achieving it.”

He welcomed the Belgian prime minister and his delegation, saying, “I hope we can continue fruitful discussions between us.” 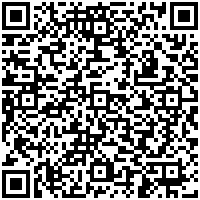