Israel has announced will erect a replica of the Arch of Titus as an exhibit at the UN Education, Science and Cultural Organization in Paris to remind the world that the historical truth of Jewish history was engraved in stone by a non-Jewish ruler 600 years before Islam appeared in the world.

The exhibit, to be created by the Ministry of Foreign Affairs, will display the seven-branched Menorah that was carried into exile, out of the Holy Temple in Jerusalem, by the Jewish slaves who were captured by the Romans.


The replica will also include a written explanation in English, French, Hebrew and Arabic.

Israeli Ambassador to UNESCO, Carmel Shama HaCohen, came to an agreement about the exhibit with UNESCO director-general Irina Bokova.

“The decision to place the scene from the Arch of Titus — which depicts Jews, the Menorah and other holy symbols following the destruction of the Second Temple going into exile — in UNESCO presents an objective, historical truth engraved in stone by a non-Jewish ruler 600 years before the appearance of Islam in the world,” HaCohen told the Hebrew-language Ynet site.

“The exhibit and the statue are not meant to be a competition for Jerusalem or to hurt another religion’s connection to their holy place.

“This is just an additional step in explaining the truth that we were expelled from the Temple Mount by force, to the coalition of lies of the Palestinians and Arab countries who claim we were never there and have no holy connection,” he added.

A special ceremony marking its presentation will be held with ambassadors from around the world. After discussions with the Israel Antiquities Authority, the Foreign Ministry’s Tender Committee approved a budget of NIS 45,000 ($11,998) for the project. 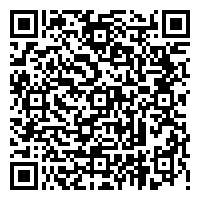