Barkat added that the municipality has placed a large sign in Paris Square in the city center bearing the words “Jerusalem est Charlie – Jerusalem embraces the French Jewish community.” A special place will be appropriated for the city’s population to pay their respects, to place wreaths and light candles, he told people at the rally. “In addition, the municipality will hang 1500 French, Israeli, and Jerusalem flags at the main junctions in the city.” 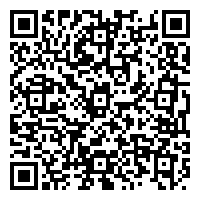