It seems when the United States steps up to confront and condemn terror in the Middle East, the iconic New York Times daily does what it can to minimize the impact in the news Stateside, but not nearly as concerned about the effect of its coverage on a simple patrol officer and his new wife in Missouri, at least recently.

The New York Times horrified readers on November 24 by allegedly printing the home address of a policeman whose The shooting of a black teen in self-defense triggered days of savage rioting in Ferguson Missouri.

The daily newspaper was reporting on the recent marriage of Police Officer Darren Wilson and included a photo of the marriage certificate, in addition to naming the street and town where the couple live.

Comments in response to the article flew on social media, with readers threatening to cancel their subscriptions and others who planned to subscribe now avoiding it. “Snopes said this is false,” wrote one. “The address on the marriage certificate is a law office and the house address was one they moved from in August.”

But fewer than 2,000 people “shared” that Snopes information, according to Facebook. By comparison, more than 210,000 readers shared an article by RightWingNews.com that picked up a piece on GotNews.com which posted the addresses of the two NYT reporters who had written the article revealing Wilson’s home address.

An ‘Editor’s Note’ at the end of the article points out that an “earlier version of this post included a photograph that contained information that should not have been made public. The image has been removed.”

Nevertheless, questioned a reader on the Facebook social networking site, “He has a wife and baby and now his life is in further jeopardy… this is outrageous.”

As the managing editor readily acknowledged, the publication was wrong to print the information. Whether or not the couple lives in the home is irrelevant; they still own the house and it belongs to them. Making the information public endangers not only the couple and their property but also anyone who dwells within now and in the future.

The same information had been published in early August 2014 during initial coverage of the case by the Washington Post and the Boston Globe. Wilson and his wife had vacated the home immediately following the incident.

But that’s not the point.

For The New York Times to provide specific information such as this, immediately on the heels of an event that any editor would realize could be a threat to Wilson’s life or that of his wife or child, is unwise at best.

It’s not only with liberal causes in the United States that the New York Times tends to bend the ethics of balanced journalism, however.

The Committee for Accuracy in Middle East Reporting in America (CAMERA) pointed out on November 19  that the newspaper “suppressed” a condemnation of Palestinian incitement by U.S. Secretary of State John Kerry that followed the massacre of five people at a Jerusalem synagogue. At least six others were also wounded.

“In an impassioned and unequivocal statement… Kerry said Palestinian incitement was directly responsible for yesterday’s brutal murder of Jews praying in a Jerusalem synagogue,” CAMERA reported on that day. The murder was “a pure result of incitement” and of calls by Palestinian leaders for “days of rage” against Israel. It was important and newsworthy, a statement by one of the highest-ranking American officials — “but readers of the New York Times “learned nothing about it… because the newspaper, whose reporters had at one point quoted the most dramatic portion of Kerry’s condemnation, first replaced it with a less pointed passage and then excised any reference to the comments whatsoever.”

CAMERA has often pointed out the failure of  The New York Times to cover with the seriousness it deserves “the anti-Israel, anti-Jewish, and anti-coexistence messages that saturate Palestinian society and inflame the conflict. This latest example, in which editors actively removed Kerry’s dramatic criticism of incitement, highlights the extent to which the newspaper feels uncomfortable exploring Palestinian responsibility for the conflict in the same way they scrutinize Israeli actions…” the organization wrote in a statement on its website. 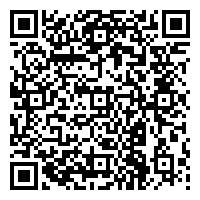