The Tanach is that Book of Books which we claim as our legacy to the world. For multiple reasons, the in-depth study of the 24 books of Torah, Nevi’im and Ketuvim had been effectively removed from the Jewish curriculum for the past several hundred years. Thankfully, the rigorous and creative disciplines associated with the mastery of these Divine treasures have been revived in the last two generations.

The New School of Orthodox Tanach study owes much of its energy and direction to the pioneering work of R. Mordechai Breuer, zt”l, and to his many students in Israel and abroad. These teachers have incorporated many of the disciplines developed in the world of academia to enhance and deepen our understanding of Tanach.

This school is not really new. Teachers from Bar-Ilan University and Yeshivat Har Etzion – to name two of the proving grounds of in-depth Tanach study – utilize traditional sources, such as Talmud and Midrash, to bring their new observations to light.

The exciting and explosive growth of serious Tanach study can easily be seen every summer, where close to 10,000 students attend a five-day Bible seminar at the Herzog College in Alon Shvut. This yearly event, in its third decade, has grown from a two-day gathering of fewer than a 100 students. The lecturers are, to a one, enthusiastic in shedding new light on ancient texts through the introduction of archeology, literary theory, ancient new eastern texts and much more – and that enthusiasm is contagious as the many thousands of attendees will attest.

Until now, most of the access that the Torah community at large had to this brand of scholarship was in the form of articles and books written on specific texts; such as the magnificent work of Rabbi Elhanan Samet on the Torah, Tehillim and the narratives of Eliyahu and Elisha, or the many in-depth articles penned by Rabbi Yoel Bin-Nun and Rabbi Yaacov Medan.

Dr. Moshe Sokolow, a well-known and highly respected Bible scholar who has been teaching in the New York area for decades, has done us all a great favor with a masterful work, Tanakh, An Owner’s Manual, that should be on the reference shelf of every Jew who loves the Tanach. Dr. Sokolow’s broad reach in rabbinic sources is clear and impressive as he draws from Talmudim and Midrashim, known and arcane, and from commentaries, famous and less so. He provides a guide for the student to make his or her way through Tanach, surveying the Talmudic discussions about authorship of the books of the Bible, surveying the various translations and commentaries that are germane to Jewish study, along with an introduction to various exegetical methods. One of the most vital pieces in this slender volume is Dr. Sokolow’s treatment of the Masoretic text and rabbinic sources that point to difficulties with the transmission of the text as we have it.

It is with Dr. Sokolow’s final chapter that he makes his finest contribution to his readership. As a master teacher and teacher’s teacher, the author presents his own take on the role of Tanach within our curriculum and how Tanach ought to be taught in our schools. 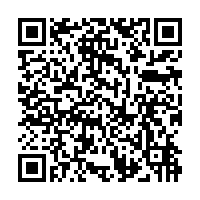