Authorities foiled a terrorist stabbing attack on the Sabbath at a synagogue in the Austrian capital of Vienna.

Two Afghan citizens were arrested outside the synagogue, both caught with knives, according to a report by Arutz Sheva and international media.


The two men were allegedly approached by a security guard while sitting on a bench outside the Jewish house of worship.

The men claimed to be Jewish and told the guard they were waiting for the rabbi and other members of the congregation.

The security guard alerted police, who then searched the men and discovered the knives. According to the report, one of the men is known to police.

This is not the first time there has been an attempt at a terrorist attack on this synagogue — and in 1981, the attempt was successful.

Two people were murdered and 30 others wounded at a bar mitzvah celebration taking place in the synagogue on that day when Palestinian Authority Arabs attacked with machine guns and hand grenades. 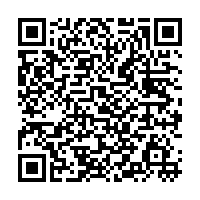