As the gunshots and sounds of mortarfire grow closer to Israeli communities in the Golan Heights, the Syrian regime has signed a truce with representatives of the rebel forces.

The truce, however, excludes Da’esh (ISIS), Al Qaeda and the Jabhat al-Nusra (Al Nusra Front) terrorist organizations, according to a statement released Tuesday afternoon by the state-run SANA news agency, which raises the issue of how long it will actually last, and how relevant it really is.


“The Syrian Arab Republic accepts the cessation of fighting actions on the basis of continuing the military efforts for combating terrorism against the Islamic State in Iraq and Syria (ISIS), Jabhat al-Nusra and other al-Qaeda-linked terrorist organizations according to the Russian-U.S. agreement,” said an official source at the Syrian Expatriates and Foreign Ministry.

The military picture in Syria is far from simple.

Both Russia and the U.S.-led coalition are still claiming to be bombing ISIS terror targets in Syria, but one can hardly separate those out from the general population, let alone from other combatants.

The Syrian regime forces include the elite Iranian Revolutionary Guard Corps, Lebanon’s Iranian-backed Hezbollah terrorist guerrilla fighters and Russian military personnel on the ground and in the air.

The U.S.-led coalition forces in the air have been bombing targets on behalf of the more moderate Syrian opposition forces. But there have been overlaps and on more than one occasion the “moderate” rebels have united with radical Islamists when they deemed necessary to overcome an enemy target. In this way, weapons, ammunition and other foreign ordnance changes hands, and Da’esh (ISIS) and/or Al Qaeda-linked terrorists end up possessing American arms and military technology.

Moreover, Ankara — also a member of NATO along with the United States — has been bombing Kurdish sites in northern Syria, claiming the PYD and YPG groups are related to the Kurdistan Workers’ Party (PKK) terrorist group. Turkey alleges the PKK perpetrated last week’s horrific suicide car bombing in the capital city, Ankara, together with a PYD-linked Syrian national.

Regardless of who is dropping the bombs, after five years of one of the most savage civil wars in the Middle East very little is left of the “Syrian Arab Republic” that the world — or President Bashar al-Assad himself — once knew. At present, even the outlying districts of Damascus have been bombed into rubble in many areas, as seen in the video below, filmed by RussiaWorks.

The Syrian Foreign Ministry source noted that the cease-fire is set to begin on Saturday Feb. 27. In order to ensure the success of the cease-fire, “the Syrian government affirms readiness to continue to coordinate with the Russian side for identifying the areas and the armed groups that are to be included in the cessation along the period it is in effect,” the source said.

“The Syrian government stresses the importance of border curbing, halting support provided by some countries to the armed groups, and preventing these organizations from boosting their capabilities or changing their positions so as to avoid anything that may undermine this agreement,” the source warned.

On Monday, Russian President Vladimir Putin affirmed that he and U.S. President Barack Obama had agreed on a joint statement announcing their plans to stop military operations in Syria. The U.S. State Department announced the agreement, which it said includes “plans to stop the military operations in Syria, [but] which exclude the Islamic State (ISIS) and Jabhat al-Nusra terrorist organizations.” 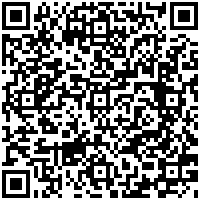