“This is how to fight terror in Israel,” proclaimed the resounding headline of a recent advertisement. With piqued interest, the reader – who presumably wishes to fight terror – continues. “The violence in Israel can drive you to tears,” reads the next line. It is true. And so with suspense and hope for a true means to finally fight the awful terror which has struck Israel, the reader proceeds to the next line. “Or drive you to take action.” Tears is one way to respond to terror, but this advertisement has made clear that there is an alternative approach – that of action.

The heading has concluded. What remains is a large picture and beneath it the details. The picture portrays a terror victim in a stretcher. It is a scene we are all too familiar with. The victim’s face is blurred. Surrounding the victim are a number of EMTs and paramedics rushing the victim out of an ambulance. And then one reads the caption. “By supporting Magen David Adom, you can help save the lives of Israelis…”


That is the fight. That is the action. Though the cause is a worthy one, it is merely REACTIVE. That is what it has come to.

That is the implication. It brings to mind a story about the legendary town known as Chelm. It is said that when the instability of the town’s bridge began resulting in injuries, the wise men of the town resolved to fight against their own terror – by building a hospital adjacent to the bridge. We are in Chelm, only it is no joke.

Let it be clear, the provision of medical care for victims of terror or victims of any illness, is crucial. The work and dedication of MDA volunteers is unbelievable and they deserve more thanks than we can ever give. But let us not be confused – they are not the fighters of terror and their role was never intended to prevent terror attacks.

But this is what happens to a people that is incapable of understanding that we are no longer in the ghetto. We have a state, a powerful army and police force – and yet we are unsure of how to fight terror.

Let us first understand how NOT to fight terror:

· By allowing Arab Knesset members to continue their anti-Israel campaigns and open justification of terror against Jews.

· By investing billions into developing the sector of the Arab population which produces these terrorists and overwhelmingly sympathizes with their actions.

· By giving our soldiers orders that endanger their lives.

· By treating wounded terrorists alongside their victims.

· By giving terrorists pitifully short sentences, wining and dining them in deluxe Israeli prisons and then freeing them in deals or as goodwill gestures.

· By returning the bodies of terrorists to their families.

Therefore, the first step in fighting terror entails doing everything possible to alter the dangerous policies which have set all the conditions to guarantee the spilling of Jewish blood. Pressure must be put on politicians, Jewish leaders and powerful figures who can compel change on a large scale. Additionally, an organization must be formed which will educate the public while initiating activism which will bring to light the problems and practical steps to take as a result. Donations should go toward enhancing its cause. As for individuals, we must do everything in our power to protect ourselves, while resolving to avoid supporting a population which aids and abets terror against Jews.

No amount of donations to current organizations, regardless of how worthy, will prevent terror attacks. No amount of wiffle ball or bowling tournaments,  Zumba classes or mosaics for victims of terror will prevent more victims of that very terror. That does not mean that these endeavors are not commendable. But they will not prevent terror and that must be clear. And the most precious way to commemorate a victim of terror’s cause is by doing everything possible to ensure that it will not happen again to yet another victim. 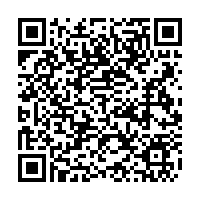