JewishPress.com will keep our readers updated with the galloping new Arab attack statistics as soon as information becomes available.

On Wednesday, Prime Minister Binyamin Netanyahu made it his business to tour the region around the capital and inspect sites where terror attacks had been perpetrated against Israelis. The prime minister bluntly “declared war” against rock-throwers and anyone perpetrating any other form of mayhem against Israelis.


Following is a summary of the Tuesday overnight attacks:

Just before midnight, Palestinian Arabs firebombed a vehicle near the Jewish community of Itamar in Samaria.

At around the same time, dozens of Arabs were rioting in Judea near the Tomb of the Biblical Matriarch Rachel. One of the rioters was shot by IDF soldiers when he threw an IED (improvised explosive device) at the soldiers who were deployed at the site.

About a half hour after midnight, Arab terrorists launched a rocket from Gaza at southern Israel, but the projectile fell short, and instead exploded in Gaza territory.

The rocket landed in the area of Deir al-Balah, according to the Hebrew-language HaKol HaYehudi website. 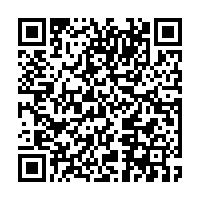