Speaking at a Bible study gathering at his home, the prime minister urged the members of UNESCO to go visit the Arch of Titus, and “see for themselves” which treasures were plundered during the destruction of the Second Holy Temple in Jerusalem 2,000 years ago.

What's next? A UNESCO decision denying the connection between peanut butter and jelly? Batman and Robin? Rock and roll?

The Western Wall was referred to as Al Buraq Plaza in the resolution, with its Hebrew name, the Kotel, in quotation marks only. UNESCO didn’t even bother to do that with the Temple Mount, referring to it only in Arabic as ‘Haram a-Sharif’ and Al Aqsa Mosque.’ The move clearly promotes the site solely as one sacred to Muslims alone, denying any sanctity or connection to Jews or Christians.

A line acknowledging recognition of Jerusalem “and its walls” as holy to the three monotheistic faiths, beginning with Islam, then Christianity, and finally Judaism, reveals the cunning of the Palestinian Authority attempt to “balance” its resolution so as to avoid the appearance of outright anti-Semitism, but fails to do the job.

The UNESCO vote was passed with a vote of 24 to 6, with 26 abstentions and 2 absences. Voting against the resolution were: the United States, Germany, the Netherlands, Britain, Estonia and Lithuania.

“This resolution flies in the face of, among other things, science as recent archeological excavations, notably in the City of David, have revealed incontrovertible, physical evidence that reaffirms Jewish and Christian ties to the holy city of Jerusalem,” wrote Senator Ted Cruz (R-Texas) and Representative Ileana Ros-Lehtinen (R-Florida) in a letter they wrote together, calling on the U.S. government to do what it could to block passage of the resolution.

An official at the White House told the Jerusalem Post said a response to the letter was in the works.

“The recurring highly politicized use of the UNESCO Executive Board meetings only further underscores the urgent need for the United States to restore its leadership at UNESCO, which has been considerably undercut since the United States ceased funding UNESCO in 2011,” said the official. 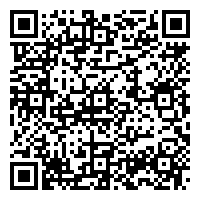