United Nations Secretary-General Ban Ki-moon claims Israel can only be a democracy with an end to building in Judea and Samaria.

Ban emphasized Wednesday – the day after Israelis re-elected Prime Minister Binyamin Netanyahu to lead the country – that Israel must continue final status talks with the Palestinian Authority for the establishment of an independent sovereign state.

This is “the best and only way forward for Israel to remain a democratic state,” UN spokesperson Farhan Haq told reporters, speaking for Ban.

Netanyahu had stated during his campaign this time around that he would not allow an independent PA state to be created while he is in office due to the rising security risks. He also committed to continuing to build Israeli neighborhoods in Judea, Samaria and Jerusalem.

During his past two terms in office, Netanyahu maintained a willingness to negotiate with the Palestinian Authority “at any time and any place” in order to secure a final status agreement that would create a “two-state solution.” PA Chairman Mahmoud Abbas, however, was entirely unwilling to engage in direct talks with Netanyahu and spent the entire five-year period working to avoid every possible opportunity to do so.

Israeli Ambassador to the United Nations Ron Prosor responded to Ban, saying, “The United Nations may disagree with the policies of the Israeli government but there is one fact that cannot be disputed: that Israel is the only democracy in the Middle East. If the UN is so concerned about the future of the Palestinian people, [then] it should be asking why (PA) President (Mahmoud) Abbas is in the tenth year of a five-year presidential term,” Prosor said.

Abbas was elected in PA polls to serve for a five-year term as the entity’s leader in 2006. One year later, the Palestinian Authority was split in two when the Hamas terror organization carried out a coup and ousted Abbas and seized control of Gaza instead, which it maintains to this day. The Fatah-led PA government has continued to lead only the PA-controlled territories in Judea and Samaria from the entity’s capital in the city of Ramallah since 2006. Moreover, when his term was up, Abbas refused to step down and instead invoked “emergency rule status” which he has continued to this day. No new PA elections are scheduled for the foreseeable future. 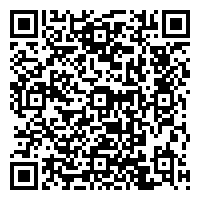