The European Union is pushing Israel to get back to work on reaching a final status agreement with the Palestinian Authority as its leaders prepare to sue Israel for “war crimes” at the International Criminal Court.

The pressure comes on the heels of an historic vote in which Prime Minister Binyamin Netanyahu was elected for a fourth term, the only person to be so chosen other than Israeli founding father David Ben Gurion.

Late Wednesday night, EU foreign policy chief Federica Mogherini spoke with Netanyahu and congratulated him on his re-election. She confirmed the “readiness of the EU to work with the new Israeli government on the mutually beneficial bilateral relationship as well as the peaceful resolution of the Palestinian-Israeli conflict,” according to a statement sent to media on Thursday. Mogherini and Netanyahu “agreed to work together for the security of Israel and that of the region,” the statement added. The EU foreign policy chief stressed the need for the relaunch of peace negotiations “with the aim of achieving a comprehensive peace agreement based on a two-state solution.”

Netanyahu stated firmly in this campaign that he would no longer attempt and in fact would work to block the establishment of an independent PA state as long as he is in office, due to the security risks such a move now clearly presents to Israel’s citizens at home.

Somehow this message has not been absorbed by the leadership of the European Union.

“The EU is committed to working with the incoming Israeli government on a mutually beneficial relationship as well as on the re-launch of the peace process,” Mogherini said in a statement earlier Wednesday.

“We are at a crucial moment with many threats all over the Middle East. The EU staunchly supports a peaceful resolution of the Israeli-Palestinian conflict, in the interest of the Israeli people, of the Palestinian people, and of the whole region. We are at your side, you can count on us,” Mogherini assured.

She called on Israel’s “bold leadership” to reach “a comprehensive, stable and viable settlement of a conflict that has already deprived too many generations of peace and security. It’s time to turn this page and I’m confident that we can work together with the international community for a solution that will guarantee peace and security in the Middle East.”

Perhaps the EU leader has been conversing with U.S. President Barack Obama, who is now contemplating an historic change of his own.

For the first time ever, the American president is weighing support for a PA resolution in the United Nations Security Council that would establish a PA state in violation of the internationally-recognized Oslo Accords, and would force Israel to withdraw from Judea, Samaria and parts of Jerusalem restored to its capital in 1967.

On Monday, Netanyahu visited the eastern Jerusalem neighborhood of Har Homa and vowed to preserve the unity of the capital “in all its parts,” saying he would “continue to build and fortify” the city.

The Palestinian Authority is set to become a member of the International Criminal Court at The Hague on April 1.

Palestine Liberation Organization (PLO) leader Wasel Abu Yousseff told Reuters on Thursday, “This makes it more necessary than ever to go to the international community and to go to the ICC and escalate peaceful resistance and boycott against the ‘occupation.’” 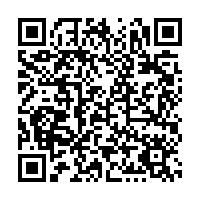