The bologna surrounding the Nuclear Iran Deal was sliced even more thinly on Monday, Sept. 21.

Remember the alarms raised when a version of one of the confidential secret side deals obtained and reported on by the Associated Press revealed that Iran would be permitted to inspect its own Parchin military site? At least some of Iran’s nuclear weapons activity is suspected to have taken place at Parchin.

On Monday, most of the headlines about the Parchin inspections revealed that what had been suspected was, in fact, the case.

Tehran said that Iranians “independently collected samples” at Parchin with no non-Iranians present.  They later handed over those samples to members of the International Atomic Energy Agency for analysis.

But it wasn’t only Iran that claimed the samples were chosen solely by Iranians, and without any other “inspectors” present.

“It was done by Iranian experts, in the absence of IAEA inspectors,” said Behrouz Kamalvandi, spokesman for Iran’s Atomic Energy Organisation.”

But that doesn’t worry the pretty little heads of the official spokespeople for both the White House and the State Department. Oh, no. You see?  It means that the Iranians did not self-inspect, according to the talking points placed in front of both of them.

Well, because the samples were delivered to the IAEA inspectors for….inspection! So all those efforts to make the secret side deals look like something nefarious when in fact they are merely super-duper top-secret – so secret no American has been or will be permitted to look at the text or the details of the deals, and that includes Secretary of State John Kerry, U.S. President Barack Obama or even the nuclear physicist Secretary of the Energy Ernest Moniz – agreements between the jolly Iranians and the IAEA.

During the State Department Press Briefing on Monday, State’s Spokesperson John Kirby explained that the U.S. administration is perfectly satisfied with Iran being permitted to choose what samples to gather from (maybe?) the military site widely believed to have been the site of nuclear weapons testing, with no independent oversight.

That argument was apparently a winner for Cong. Debbie Wasserman-Schultz (D-FL). The DNC chair said she was briefed completely on the details of the inspections process, because she told CNN’s Jake Tapper when announcing her decision to support the deal that the Iranians “absolutely cannot self-inspect.”

The Florida Congresswoman also claimed in that same interview that the inspections regime under the Nuclear Iran Deal are “the most intrusive inspections and monitoring that we have ever imposed or that have ever been agreed to.” One wonders how swampland in Florida is selling these days.

Kirby also restated the official State Department position, which is that it is perfectly comfortable with the fact that the inspections process  to determine whether and how far along Iran’s nuclear weapons program was, is a confidential matter between Iran and the IAEA. That is none of the U.S.’s business, in other words.

Here is the full exchange between State Department Spokesman John Kirby and the AP’s incredulous Matt Lee, with an assist from his colleague Brad Klapper [emphasis added]:

QUESTION: And you don’t have any issue with fact that the inspectors were not allowed in, or that they were not there?

MR KIRBY: I would point you, Matt, to what the director general himself noted, which was that the verification activities at Parchin were conducted in the manner consistent with their standard safeguards practices. So the director general himself made it clear that he was comfortable with the verification process and that it was in keeping with the arrangement that they had made with Iran.

QUESTION: That’s great, but you – so you don’t have a problem with them not being physically present?

MR KIRBY: I’m not going to get into the details of the process itself. That resides inside this confidential arrangement between Iran and the IAEA, so I’m not going to confirm or deny whether inspectors were present here or there. What I am going to say is we’re comfortable that the process was conducted in accordance with the normal procedures and the agreement that the IAEA had already made with Iran.

QUESTION: And so it remains your position that the confidential agreement and whatever it contains is sufficient to investigate? Okay.

MR KIRBY: Absolutely. And again, I’d point you to the fact that Director General Amano made it clear before and I think certainly made the implication today that there’s no self-inspection by Iran in this process.

QUESTION: There – okay. The other thing, at the – that your colleague at the White House seemed to suggest was that the courtesy call that Director General Amano made to Parchin was somehow evidence that – or was evidence that the Iranian military facilities are open and available for IAEA access. Is that really – is that the position of the State Department?

MR KIRBY: Well, in a short answer: yes. I mean, it’s not insignificant that the IAEA and the director general himself – I mean, I don’t know that we would characterize it as a courtesy call –but the fact that he and his team had access to Parchin is not insignificant.

QUESTION: His team, meaning the one person that went with him.

QUESTION: A brief – a brief visit to an empty room at Parchin, you think counts – qualifies as an inspection? That – was that the –

QUESTION: Is it your understanding that the director general of the IAEA conducts inspections? Or would that normally be done by —

MR KIRBY: I’m not an expert on their —

QUESTION: — lower-level people? MR KIRBY: I’m not an expert on their protocols. I don’t think it’s our expectation that he has to personally inspect everything.

QUESTION: Do you think he got down on his hands and knees and —

MR KIRBY: I’d point you to the director general to speak to his personal involvement. I don’t know that that’s our expectation, that he has to, as you said, get down on his hands and knees. But certainly he had access to Parchin, and that’s not insignificant – the first time that that’s been done. If we had this —

QUESTION: Well, do you recall how big a site Parchin is?

MR KIRBY: I don’t. I’m not an expert on the site itself.

MR KIRBY: Okay. QUESTION: So do you think that two people from the IAEA going into an empty room briefly —

QUESTION: — counts – I’m trying to find out whether you guys think or are trying to say that Amano’s courtesy call, his very brief visit – he even said that it was very brief – counts as some kind of an inspection. That’s all.

MR KIRBY: I would point you to what the IAEA has said about their —

QUESTION: Not even the IAEA said this was an inspection, but your colleague at the White House suggested that the fact that Director General Amano was able to briefly visit one room or one part of the site was evidence that the Iranians have opened up their military sites to IAEA access. And I just want to know if the State Department thinks that it’s – thinks the same.

MR KIRBY: We believe it’s significant that Iran granted access to this facility at Parchin for the first time in the history of this issue, both in his visit and the technical verification activities. What’s more important is we look forward to Iran’s fulling implementing its commitments under the roadmap. That’s what matters here. QUESTION: Would you be confident in this being the standard of inspection going forward?

MR KIRBY: It’s not that that is – this is an issue between Iran and the IAEA, and as we said at the very outset, Brad, that having been briefed on the details of that confidential arrangement, the Secretary remains comfortable that it will allow for the IAEA to get the proper access it needs and the ability, through various techniques, of effectively monitoring.

QUESTION: But you don’t think there needs to be – you’re not saying that whatever the confidential arrangements are of future inspections going forward, that they will have necessarily more access than this?

MR KIRBY: That is between the IAEA and Iran to work out. What matters to us, we’re not going to micromanage the inspection activities of the IAEA. It’s an independent, international agency that can speak for itself about what it will or will not do. And as you know, many of those arrangements are confidential and they won’t speak to them. What matters to us, having been briefed on the protocols, is that we remain comfortable, should this – should Iran continue to meet its commitments in keeping with that arrangement, we believe they will get the access and will get the information they need.

So, according to the Obama Team’s talking points, it does not count as “self-inspection” when the Iranians – with no one watching – choose the samples to be analyzed to determine Iran’s nuclear weapons activity.

And the administration and all the elected officials who support the Nuclear Iran Deal, who are prepared to lift sanctions and turn over a hundred billions of dollars to the world’s greatest sponsor of terrorism, are satisfied with this form of no oversight inspection. 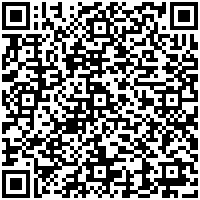