On Sunday, Tablet Magazine’s Lee Smith framed the emerging US Middle East policy with the headline: Biden Torpedoes Abraham Accords Summit, suggesting that the Biden administration was behind the United Arab Emirates’ suspending of a planned summit in Abu Dhabi with Israel, the US, and the Arab states that recently recognized Israel. “Supposedly, the Emiratis are angry with Israeli Prime Minister Benjamin Netanyahu for using the UAE’s de facto leader Mohammed bin Zayed as a ‘prop in his election campaign,'” Smith wrote, explaining that “the source of the upset isn’t in Abu Dhabi but in Washington.”

Smith believes that the Biden administration was interfering in Israel’s election campaign by “strong-arming the Emiratis into publicly distancing themselves from Bibi.”

But that’s just election tactics, and Smith, indeed, recalls the Obama administration’s 2015 campaign against Netanyahu, the notorious V15 operation, reportedly funded by US taxpayers, which resulted in the PM’s most solid coalition governments in his long career. According to Smith, Biden’s long-term strategy is to “weaken or dismantle the Abraham Accords, which by assembling a treaty structure that binds Israel together with the Gulf states structurally interferes with the administration’s stated goal of realigning the United States with Iran—and therefore against Israel and the Gulf—by reentering Obama’s nuclear deal.”

The other part of Biden’s long-term strategy, according to Smith, is a return to the good, old peace process between Israel and the Palestinian Authority, in pursuit of a two-state solution. That foundation of American foreign policy was cast aside by President Donald Trump in favor of his more daring and imaginative peace of the willing, namely the Abraham Accords.

“For decades the professional peace processors warned that there could be no stability in the Middle East unless there was a comprehensive settlement to the Palestinian issue,” Smith points out, adding: “By giving the Palestinians unbridled veto power, the Beltway establishment also ensured their job security. As long as the Palestinians said no, the peace processors were still in business. Trump and his son-in-law Jared Kushner wondered why the wise men held them in contempt for making peace. What they didn’t understand was that making peace meant the wise men were fired.”

On Tuesday, Derek H. Burney, writing in the National Post (Derek H. Burney: Judge Joe Biden by what he does, not by who he isn’t), confirms all of the above, and then some. “Biden is undoing much of Trump’s legacy in the Middle East,” Burney writes. “Delaying contact with the leaders of Israel and Saudi Arabia while initiating a dialogue with Iran could be problematic. Instead of building on the Abraham Accords between Israel and the UAE, Bahrain, Sudan, and Morocco, Biden’s actions may jeopardize those agreements.”

Burney’s proof is in the pudding: Biden “froze arms sales to the UAE, promised as part of the deal,” and “halted military aid to the Saudi war in Yemen and rescinded the terrorist designation applied to the Houthis (in Yemen) by President Trump.” Then, to further weaken the pro-Israel forces in the kingdom, the White House released “an intelligence assessment indicating that Crown Prince Mohammed bin Salman (MBS) was responsible for planning the murder of journalist Jamal Khashoggi,” and “insisting on speaking to the frail king instead of MBS.”

Burney does not see an upside to these moves by the administration, predicting two undesirable outcomes: Israel will have to deal with the Iranian nuclear threat on its own; and Saudi Arabia may retaliate with a price hike on oil – seeing as gasoline prices in the US have already risen on March 19 to $2.89 per gallon from $2.40 in January.

Jay Solomon, an adjunct fellow at The Washington Institute, reported in January (Party leaders are providing constructive input, but the administration should stop short of any measures that risk sabotaging this moment of historic progress in Arab-Israel relations) that leading Democrats in Congress and the State dept. argue the Abraham Accords encourage non-democratic regimes in the Middle East (because the region is naturally a thriving panacea of democracy and equality). They’re also against militarizing the Persian Gulf through arms sales (because let’s face it, there are too many American jobs as it is). Finally, according to Solomon, these leading democrats “also say the normalization deals will reduce pressure on Israel to make the territorial concessions needed to forge an independent Palestinian state, long a top US foreign policy objective.”

In pursuit of the holy grail of a two-state solution, according to Solomon, some Democratic lawmakers “are pressing Congress to challenge, if not roll back, the terms of the Abraham Accords. These include the arms deals to the UAE and Bahrain, and the financial aid package promised to Sudan.”

Solomon cites Senator Chris Murphy (D-CT), who said in December: “What we risk doing here is fueling an arms race. Today we may be selling the F-35s and the MQ-9s to the UAE. But the Saudis are going to want it, the Qataris have already requested it, and it just fuels Iran’s interest in continuing to build up its own military programming.”

In other words, to bring Iran back into the embrace of the civilized world, its terrified neighbors must first be deprived of their ability to defend themselves. Can you get more Munich than that?

(The Munich Agreement, a.k.a. the Munich Betrayal, was concluded in Munich, Nazi Germany, on September 30, 1938, by Germany, the UK, France, and Italy, ordering the “cession to Germany of the Sudeten German territory” of Czechoslovakia, despite several treaties between the UK and France and the Czechs, who weren’t even asked for their opinion. Eleven months later, the territory-hungry Nazis invaded Poland.)

Andrea Widburg reported on Tuesday in American Thinker (Biden’s approval rating remains bizarrely high) that Americans are mesmerized with Joe Biden, with 6 out of 10 approving of his performance as president. Citing a report in The Hill, Widburg notes: “As you can see, Democrats are in hog heaven; 25% of Republicans (all of whom must be NeverTrumps) are happy; and an astonishing 60% of independents are happy, too.”

This national happiness appears more emotional than political and attests to just how unpopular Donald Trump was from his first day in office. A vast majority of Americans like Biden because he is not Trump – a point the Republican party should pay attention to if it wishes to retake the White House.

In her long list of Biden policies that couldn’t end well, Widburg includes foreign policy, stating: “Biden is effectively undermining the Abraham Accords, which had promised to bring true peace to the Middle East. It’s no wonder that Saudi Arabia, which had been inching towards a rapprochement with Israel, is once again back to demanding that the Palestinians be included in any peace. The genius of Trump’s Abraham Accords was that he marginalized the Palestinians, showing that a group deeply hated across the Arab Middle East should not prevent reaching mutually beneficial agreements with Israel.”

All the voices I cited here are surprisingly dramatic for sober policy analysts in predicting the disaster that Joe Biden’s emerging Middle East policy is bound to be. And the new president also made sure to staff his foreign policy ranks with old Obama hands, including John Kerry who has come to represent American anti-Israel attitude even more so than President Obama.

On Wednesday morning, with Benjamin Netanyahu appearing to be able to put together a majority coalition government that does not support a two-state solution and is willing and able to fight a bad Iran nuclear deal, I recommend thinking outside the American box. 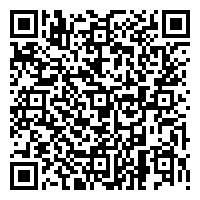