Rabbi Yuval Cherlow and the Moked association last Wednesday appealed to the High Court of Justice demanding the annulment of limits against Jews at the entrance to the Temple Mount, which were made without legal authority. On Sunday, Neal Hendel ordered the state to come back in 60 days with a citation of the law which specifically determines that Jews are unequal to Muslims who pray on the Temple Mount five times a day, seven days a week.

Back in March, Arnon Segal wrote in Makor Rishon: Years of arrests, restrictions, police lists of barred individuals, discriminatory inspection and offensive treatment of Jews on the Temple Mount all rely on a single section of the law, a clause whose wording was not intended to be given a broad interpretation. It is Section 4A of the Police Ordinance, which was added in 2005:


“Should a policeman find that there is real concern for severe damage to persons or property, he may issue a reasonable order to any person present in the area or location of said concern which is essential in order to save a soul or property or to prevent the injury, including the prevention of access to or exit from an area.”

The policeman is entitled “to perform any essentially necessary act and use reasonable force against a person or property for the purpose of carrying out such an action.”

“This seemingly innocuous clause was originally established to allow the police officer on the beat to block
a road in which an accident had taken place, or to prevent access to the site where an immediate danger has been created, and so on, without having to bother to seek a court order on a matter requiring urgent police response,” writes Segal. “But the answers recently provided by the State to the petitions recently heard by the High Court of Justice in the matter of the Temple Mount suggest it is being exploited by the policy makers well beyond its original intent, to justify routine discrimination against Jews on the Temple Mount, to be clear: not as a temporary order under necessary, emergency circumstances, but every day and forever.”

As such, the useful clause intended to assist police in an emergency has been turned by police and the prosecution into a de facto legislation favoring Muslim worshipers over Jewish and all other worshipers on the holiest Jewish site in the world.

Segal cites a letter sent by Rabbi Yuval Cherlow through Moked – The Israeli Center for the Advancement of Democracy And Protection of Human Rights to the police commissioner, the Attorney General, Justice Minister Ayelet Shaked, Minister of Religious Services David Azoulay and Minister of Public Security Gilad Erdan, which stated: “A theoretical interpretation suggesting that Section 4A of the ordinance allows Israel Police to issue permanent orders restricting the human rights of citizens for reasons of security, without legislation or an application for an authorization from the court, is liable to transform the State of Israel into a police state, in which the police not only enforces the law but legislates it as well.”

The Moked Facebook page reported that following a response from the AG which said police were reexamining the prohibition on Jewish prayer “from time to time,” meaning this continued to be only a temporary police order stretched over more than 50 years – they decided to take action.

The main argument of the petition is that Supreme Court rulings, as well as Section 4A of the Police Ordinance itself, do not allow police to legislate and publish by means of a sign provisions that violate human rights on a permanent basis.

The petition also relies on a recent ruling by the High Court compelling the Defense Minister to show based on which law he decided to prevent the returning of terrorist bodies to Gaza – and may not rely on a generalized notion that he is in charge of state security and this is his judgement. Likewise, the Moked petition asks the court to compel government to issue a democratic legislation to arrange the rights of individuals to pray on the Temple Mount.

The High Court of Justice ordered the state to respond to the petition within 60 days, and Justice Hendel demanded a response in 60 days, which include the high holidays, meaning the answer will come a week after Simchat Torah. 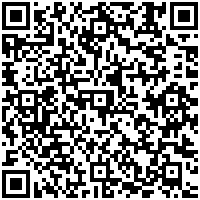