Prime Minister Benjamin Netanyahu said Tuesday night, following the EU’s decision to impose restrictions on economic cooperation with Jewish entities across the “green line,” that Israel will not accept any foreign directives regarding its borders.

At the end of a hearing he convened on the EU directive, Netanyahu added that he will not permit any effort to hurt hundreds of thousands of Israelis living in Judea, Samaria, Jerusalem and the Golan Heights. He stressed that the question of borders will be decided only through direct negotiations between the parties.


The Prime Minister said that he expects anyone who truly cares about peace and stability in the region should turn to a discussion of this issue after solving more pressing problems, such as civil war in Syria and Iran’s efforts to arm itself with nuclear weapons.

The hearing convened by the prime minister was attended by Justice Minister Tzipi Livni, Minister of the Economy and Industry Naftali Bennett and Deputy Foreign Minister Ze’ev Elkin.

The Knesset Eretz Israel lobby congratulated the government on its response to what they called “blackmail and intimidation by the European Union.” The lobby called on the government to refrain from entering any agreements with the EU unless the directive is rescinded, and to cease all European projects in areas controlled by the Palestinian Authority.

Earlier, Minister of Science Jacob Perry said that the EU’s decision to stop funding activities which involve entities beyond the Green Line can seriously damage the research and development grants received by Israel. According to Perry, the implementation of the decision may curtail the participation of Israeli scientists in EU research programs and reduce the accessibility of Israeli universities to European research budgets.

The Palestinian Authority government welcomed the EU decision and called on the international community to take more steps to put an end to what it termed “the obstacles imposed by the Israeli government on reviving the peace process.”

PLO officials called on the world to take more steps to boycott products made in the settlements, to make the occupation more costly for Israel.

About 20 percent of the Arabs living in the PA areas work in Jewish settlements. Closing down or even just a slowdown in production there would seriously harm the Palestinian economy. 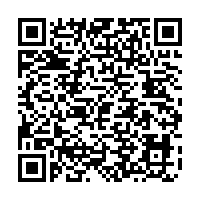