Prime Minister Benjamin Netanyahu is slated to travel to Germany and France a week from Monday, his office announced Sunday. He’ll begin his trip in Berlin, where he will meet for talks on Monday (June 4) with Germany’s Chancellor Angela Merkel before leaving in the evening to travel to Paris. On Tuesday (June 5) and Wednesday Netanyahu will meet with French officials, including President Emmanuel Macron. He will return to Israel on the evening of June 6.

The agenda is to include the recent U.S. withdrawal from the Joint Comprehensive Plan of Action (JCPOA) nuclear deal with Iran.

Both Berlin and Paris opposed the move, as they did President Donald Trump’s announced recognition of Jerusalem as the capital of Israel, and his transfer of the U.S. Embassy from Tel Aviv to Jerusalem in accordance with the official Jerusalem Embassy Act passed in 1995 by the United States Congress. Both moves were fulfillment of promises made during his presidential campaign.

In recent remarks while awarding The Charlemagne Prize to the French leader, Merkel urged Israel and Iran to “exercise restraint” and avoid further escalation of hostilities in Syria after Iranian provocations resulted in Israeli retaliation.

Netanyahu has strong disagreements with Merkel and Macron over all of the above; he met with both leaders on the sidelines of the World Economic Forum this past January in Davos, Switzerland. 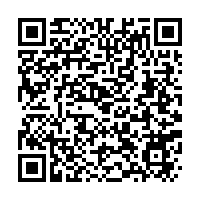