If you want to discover where the Netanyahu-Gantz administration is standing in real time on the plans to apply Israeli law in the settlements, look no further than a Friday morning Reshet Bet radio report that Attorney General Avichai Mandelblit will soon examine whether action is needed—including launching a police investigation—following Israeli illegal construction in Judea and Samaria.

Makor Rishon reported Friday that heads of councils in Judea and Samaria suspect that construction plans in Israeli settlements designated to be dumped in the middle of Palestinian-controlled areas—according to the American peace plan—are already being delayed, suggesting it’s part of the death sentence for 19 communities.

The report quotes Samaria Regional Council Head Yossi Dagan who says plans for 211 housing units in Yitzhar and 107 units in Elon Moreh are not being published; Gush Etzion Council Head Shlomo Ne’eman says the same is true about Pnei-Kedem.

Yes, boys and girls, on the eve of supposedly annexing these liberated territories, the AG will weigh the prosecution of the Israelis who dared to build in those same territories.

But wait, there’s more: the Attorney General also intends to contact Defense Minister Benny Gantz regarding the establishment of a dedicated professional enforcement unit to control planning and construction in Judea and Samaria.

Of course, Mandelblit does not necessarily represent Netanyahu or Gantz with his anti-settlement plans, and of course, whoever gave Reshet Bet the story is probably not a friend of either Netanyahu or Gantz, but the allegation stands: just when the government is promising to apply Israeli law in the settlements in less than four weeks, they’re going to nickel and dime some settlers over the fact that their homes allegedly stretch an extra two meters into some Arab’s land that’s registered in Ramallah, that sanctuary of honest record-keeping.

But if that was to be expected of Netanyahu’s enemies inside the civil service, especially inside the Prosecution, which is now the domain of the Attorney General by virtue of his say so. What the friends of Jewish life in our Biblical lands are hating this Friday morning is the prime minister “strategic ambiguity,” which is to say we’ll never know how bad off we are until it hits us.

The Trump administration, probably the most pro-Israel in history, unfortunately suffers from a systemic penchant for heavy secrecy and last-minute improv. We’ll never forget Ambassador Friedman’s hopeful message of Sovereignty-tomorrow-what-are-you-waiting-for, in late January, which the next day morphed into sovereignty conditioned on negotiations for a Palestinian State. This approach has apparently been embraced by Netanyahu, who continues to conceal the details of the peace plan from half a million Jews whose life may or may not be forever altered by it.

Netanyahu makes up for the absence of actual information with leaks, speculation and background noise. As to the reality of the thing, the PM claims the plan’s outline is still in negotiations with the Americans. They’re still drawing that blessed map.

In recent weeks, the Yesha Council has intensified its fight against the application of sovereignty at the cost of recognizing a future Palestinian state. No one is telling them even the scheduled date of applying sovereignty, and what it includes. Sorry to say it, but the last time Israelis were pulled by the nose to such an extent was during the Oslo accords. Imagine: the prime minister may be about to endorse a terrorist state alongside Israel’s coastal population center, from Haifa to Tel Aviv, and any debate of the move’s consequences is being quelled.

The settlers’ leadership is not taking this treatment sitting down. Chairman of the Yesha Council and Head of the Jordan Valley Regional Council, David Elhayani, told Haaretz on Wednesday: “Trump and Kushner have shown in the peace plan that they are not friends of the State of Israel and do not think about the security and settlement interests of the State of Israel,” and, “All they care about is promoting their interest in the upcoming elections to favor Trump.”

See: Abbas the Real Winner as Netanyahu and Settlers Clash over Sovereignty (Nobody Mention ‘Annexation’)

According to Kan 11 Thursday night, US officials said in response that “the settlers are ungrateful and that is the reason for our cold shoulder. As we’re struggling with the coronavirus and the riots in the streets – they attack us.”

Very different, you’ll admit, from President Trump’s laissez-faire approach in January, when he claimed the US didn’t have a pony in this race – if the Palestinians and the Israelis want his deal of the century, fine, if not, not. Now refusing the same plan is tantamount to betraying a friend at the worst possible time.

Despite the vicious attacks on him – the kind the Likud is so good at – Elhayani is not taking it back. On Friday, the man whose roots are in the Labor movement and who used to be the darling of the right – as long as attacking the two-state solution was still in, told Makor Rishon: “President Trump has really done great things for the State of Israel, such as the transfer of the embassy and recognition of the Golan, but regarding the Trump peace plan you can’t see him as a friend.”

“You can also say to a friend: You are wrong at this point in time,” Elhayani insisted. “And when someone tells you you’re not my friend right now, then a true friend in response checks to see where he went wrong.”

And he didn’t mean only Trump. He was also thinking Bibi. 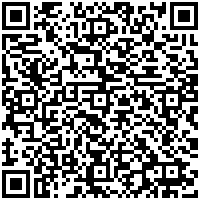