Semantics matter in the war over the future of the 1967 liberated territories, which has been more or less stagnant for 53 years (unlike eastern Jerusalem, the Golan Heights and Gaza, where real decisions have been made on the ground).

In countless interviews and publications, the leaders of the Yamina party, rejected by the majority of its settler constituents and desperate for a comeback, are refusing to use the term “annexation” when it comes to the future of Judea and Samaria, insisting instead on “sovereignty.”

MK Bezalel Smotrich explained that annexation means you take the areas in question from their rightful owner, while sovereignty is applying Israeli law to areas that are by rights yours. It’s not accurate, since you can annex what is your own (eastern Jerusalem, for instance) and apply sovereignty to what isn’t.

Popular Kan 11 pundit Guy Zohar on Wednesday night assembled all the many times in which Yamina leaders Naftali Bennett, Ayelet Shaked and, of course, Bezalel Smotrich used “annexation” in media appearances and the country laughed at their expense. Here, have a laugh (the Hebrew is relatively easy):

At some point during the tortured year of three consecutive elections from Israel has just emerged, Prime Minister Benjamin Netanyahu promised that if he is elected, his first act in office – having failed to do it for more than 10 years in office – would be to “apply Israeli law” (see? There’s even a third way to say “annexation”) to the Jordan valley and the settlement blocs in Judea and Samaria.

As an aside, we were told that the esteemed Professor Avi Bell says that “applying Israeli law” is the only accurate term to precisely describe what Netanyahu plans to do.

Many in Israel suspected that Netanyahu had no intention to make good on his promise and was using it as yet another way of siphoning the settler votes from Yamina, which he did. On paper, Yamina should have held on to 12 seats in the Knesset, the same number of seats its historic predecessor, the NRP, received in its better years. Instead, they barely eked out six seats, for a variety of reasons, and Bibi collected.

There were two good reasons to expect that Netanyahu would never follow through with the sovereignty thing: one, like we said, he has been the PM since 2009, what stopped him from doing it? Obama? Seriously? When Bibi felt it was the right thing to challenge Obama, in March 2015, he showed up in Washington and assembled a special session of Congress to say so; and, two, in January of this year, President Trump practically invited him to annex, sovereignize, whatever, and if Bibi had figured this was a crucial thing to do he would have done it.

Now, as the political winds are shifting, Netanyahu is planning to do some kind of half-measured sovereignty and in the process put a permanent stamp of approval on a future Palestinian State, all of it in keeping with the outline carved out by Trump’s deal of the century.

Chairman of the Yesha Council and Head of the Jordan Valley Regional Council, David Elhayani, started World War 3 between the settlers and the PM when he told Haaretz on Wednesday: “Trump and Kushner have shown in the peace plan that they are not friends of the State of Israel and do not think about the security and settlement interests of the State of Israel.” He also said, “All they care about is promoting their interest in the upcoming elections to favor Trump.”

Samaria Regional Council head Yossi Dagan attacked Netanyahu Wednesday, saying that the prime minister “is not doing us a favor by applying sovereignty.” According to Dagan, “the last three election campaigns were three referendums on sovereignty and there was a large majority supporting a clear statement: immediate sovereignty over Judea and Samaria.”

That’s two out of the three heads of the settlement councils in Judea and Samaria, neither one of whom is buying Bibi’s promises.

According to Dagan, “There is an attempt here for a grab using the statement of sovereignty, wrapped in a ton of nationalistic and patriotic stuff, while bringing in through a back door the idea of ​​a terrorist state in the heart of the country and the abandonment of settlements comprising tens of thousands of settlers, all wrapped up in the shiny cellophane of sovereignty. It cannot be done, and the national camp will not let it happen, in fact, the national camp might collapse over such a thing.”

Netanyahu and the Likud brass went on the offensive Wednesday, condemning the two ungrateful settlements leaders, they even called them insolent for daring to say such things about Trump, Israel’s greatest friend and ally since Cyrus the Great, King of Persia, who permitted the Jewish exiles in Babylon to return to Jerusalem and build the Second Temple (most of them stayed on the Lower East Side of Babylon, of course).

Netanyahu met with the Yesha Council leaders Wednesday night and conveyed to them that a proposal for sovereignization of territories would be submitted for government and Knesset approval apart from the other sections of the Trump plan, including recognition of a Palestinian State. In other words, yet another Netanyahu attempt to eat the cake and keep it.

Needless to say, those present at the meeting described it as “very emotional” and “loud at times.” The settlers demanded to see the maps US Ambassador David Friedman has been talking about, and Bibi said the maps aren’t ready yet, turning the meeting from a cake eating while keeping it whole contest to an outright Three Card Monte.

My own friends over on the wrong (or is that the right) side of the 1949 armistice line tell me they would see some concrete benefits from even a minimalist version of the sovereignty: first, not having to schlep over to see a teenager in uniform at the offices of the Coordinator of Government Activities in the Territories over disputes between neighbors would be an improvement; more importantly, the right to buy or build a home and register land ownership in or around, say, Efrat, the way the rest of the country normally does it, would go a long way to secure people’s investments and, by extension, revive the ailing real estate market; third, it’s about time the half million or so settlers received those nice fiber optic Internet wires as part of the country-wide network, and not experience the kind of online speed one gets in the Republic of Burkina Faso; and finally, of course, not living under Martial Law.

So those are real improvements in the lives of close to half a million Israelis who are currently living under Martial Law in their own country – and yet most of them would rather continue to live as an occupied population in a military zone and not allow for a Palestinian State on Israel’s border.

There’s a third Council Head – Efrat’s Oded Revivi, who supports Netanyahu’s plan to do some sovereignty and in return risk a future Palestinian State next to his border fence, which Revivi’s detractors like to say he even welcomes.

My own opinion is that nothing is going to happen on the Sovereignty front come July 1, but if I’m wrong, whatever Netanyahu would declare part of Israel in some fashion would be a great deal less than even digging to lay down fiber optic pipes. Bibi has more important concerns on his plate at this point, he will certainly not establish the third Israeli Empire over our ancestral lands just yet.

But here’s something intriguing to consider: on Thursday, Haaretz commentator Aluf Ben wrote (Abbas wants annexation): “There is one person who can stop the annexation of the settlements and vast areas of the West Bank, scheduled for July 1 – Mahmoud Abbas.

The effort required by the Palestinian Authority president is not immense: he must call, send a Whatsapp, or email the White House, and request a meeting with President Donald Trump, in which he would announce his willingness to resume peace talks with Israel on the basis of the Deal of the Century. Most likely, after such a statement, Trump would ask Benjamin Netanyahu to freeze the annexation and enter into negotiations of a detailed permanent agreement, which will culminate in a Palestinian state.”

“But Abbas is content with the usual condemnations of Israel and the United States, and his constant idle threats of ‘stopping the security coordination’ in the West Bank,” Ben notes. “He shows no sign, hint, or willingness to return to the negotiations in exchange for blocking the annexation. Israeli and American officials are drawing the map of the territory that will be annexed from the West Bank to Israel without any Palestinian involvement in the debate, and Abbas does not care.”

Aluf Ben stops short of stating the reason Abbas is such a passive participant in the peace efforts, as he has been every time such efforts have been underway.

But if you ask me, the reason is there’s no money for the PLO in getting their own state. Their livelihood – to the tune of billions of dollars every year – depends on striving for a free Palestine, not actually having one. Because as soon as there is a Palestinian State in place, the PLO’s slide down to the garbage heap of history starts. Fighting for a Palestinian state is a shiny thing that attracts the world’s support. Being a Palestinian State is like being, well, the Republic of Burkina Faso. 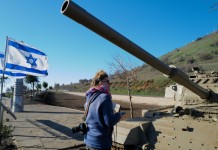 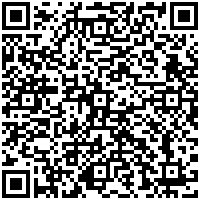