Prime Minister Benjamin Netanyahu told U.S. Secretary of State John Kerry in a phone call on Saturday the Palestinian Authority government is behind the current wave of terror.

Netanyahu made the statement shortly after an Arab terrorist stabbed three Border Guard Police officers near the Damascus Gate entrance to the Old City of Jerusalem.


The prime minister said bluntly that the PA’s media incitement “was causing this wave of terrorism” and that it is incumbent upon the PA to put a stop to it.

In response, Kerry told Netanyahu that the Obama administration is aware that Israel – and the Netanyahu government – has no intention of changing the status quo in the holy places of Jerusalem.

That particular lie – that the Israeli government had intended to make changes to the status quo on the Temple Mount – was the lie used by Palestinian Authority officials and heads of terrorist organizations to light the match to ignite the current wave of violence. 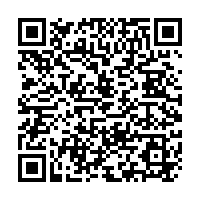