Israeli Justice Minister Ayelet Shaked visited the Jewish community in Hebron on Tuesday (Jan. 10) for a tour of the ancient Jewish holy sites in the city.

The Justice Minister told reporters she was pleased to be “at the Tomb of the Patriarchs in Hebron where our father’s fathers walked and were even buried.

“Lately, much has been said regarding our rights to this land, and many legal issues as well,” she said.

“Let us teach those who do not know: Abraham our father bought this place paying full price and a written deed — maybe the first of its kind in the world — and therefore it is obvious the Jewish community has every right to be here, including by right of purchase.

“It is specifically at this time, when the UN condemns Israel’s right to build in Judea and Samaria, [that] it is important to come here, to strengthen the Jewish community in Hebron and to proclaim that we will indeed hold the right to keep building in Judea and Samaria.”

Just the night before, Israeli Border Guard Police officers had prevented a major terrorist attack when they stopped a suspicious-looking vehicle traveling in the Hebron area.

A search of the vehicle, which bore license plates from a stolen Israeli vehicle, turned up a hatchet, a rifle, a sizable quantity of ammunition and weapons parts. A body search of the driver also revealed he was carrying a commando knife, but was without identity papers of any kind. Nor was he willing to answer questions or cooperate with police. 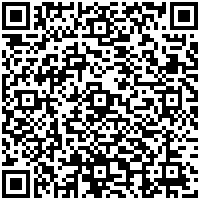