New York Senator Chuck Schumer slammed the Boycott, Divest and Sanctions movement this week as a “modern form of anti-Semitism.”

Schumer said in an address to the Israeli American Council’s 2016 National Israeli American Conference that ultimately, BDS organizers don’t “believe there should be a Jewish State in the Middle East, and are guilty of the same anti-Semitism. We need to make that argument loudly and strongly and go against the BBDS movement and call it for what it is,” he said,” an anti-Semitic and not just anti-Israel movement.”


The senator added that he applauds the governors of New York and California for passing anti-BDS legislation.

But although anti-Semitism is clearly rising on the campuses of American colleges and universities, Schumer noted that the problem is even worse in Europe.

“Unfortunately, anti-Semitism seems to be in far too many European homes,” he said, pointing to the re-election of Jeremy Corbyn as leader of the British Labour Party as one example.

“Europe has shown how anti-Israel and anti-Semitic the BDS movement really is. Far-right parties are experiencing a rebirth, and far-left parties … like the Labour Party under Corbyn, are increasingly anti-Israel.”

Corbyn has repeatedly turned a blind eye to the anti-Semitism of veteran members of the party, prompting the recent resignation of a prominent Jewish Labourite, Lord Parry Mitchell. Corbyn in the past also has expressed his “friendship” for the Hamas and Hezbollah terrorist organizations.

“Terrorism and violence against Jews is on the rise, from vandalizing synagogues to the horrible attack on a Jewish grocery in Paris,” Schumer pointed out.

“It is no wonder that last year France, home to the largest Jewish population in Europe, set a record for the migration of Jews to Israel,” he said. 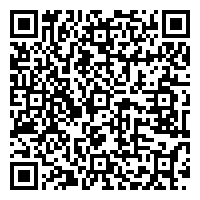