The Israeli government has announced a new step in plans to build 300 new homes in Beit El, in  northern Samaria, just as U.S. Secretary of State John Kerry is trying to convince Mahmoud Abbas to return to talks if Israel slaps a freeze on building for Jews in Judea and Samaria.

Reports from Israeli sources earlier this week stated that Prime Minister Binyamin Netanyahu has buckled under pressure from Kerry, and probably President Barack Obama, to freeze construction to bring Abbas back to the so-called negotiating table.


“Negotiations” in Arab Doublespeak means that Israel must accept Palestinian Authority territorial and political demands or they will be forced down its throat, either by the United Nations or by “resistance,” another Doublespeak word, which means terror.

No government  official has denied the reports of a “de facto” building freeze, and Prime Minister Netanyahu is conveniently in China.

Kerry hosted the government’s unofficial Minister for the Peace Process, Tzipi Livni, in Washington last week and continued discussions with her in Rome this week, where he said he will return to Israel in two weeks.

Journalists covering the State Department asked why he is returning after having been here last month, but the reports of the unofficial freeze provide the obvious answer.

But smack in the middle of Kerry’s Big Momentum – run as fast as you can with the ball so that everyone is too dazzled to see that the ball is a bomb – the government announced the next step for building 296 more homes in Beit El.

The town is not just another community in Samaria. More than 6.000 national religious Jews live there. Beit El is a symbol of the national religious movement in Judea and Samaria. A yeshiva bearing the town’s Biblical name has wide influence across the country. It is home to two of the most prominent national religious rabbis in Israel, Rabbi Zalman Melamed, head of Yeshiva Beit El, and Rabbi Shlomo Aviner, who is widely respected and consulted by many Jews who are not part of the “club.”

After the announcement of the preliminary approval of the homes, the Palestinian Authority immediately said everyone can forget about trying to dig up the bones of the peace process.

As with almost every announcement of building new homes, the one in Beit El refers only to one of several bureaucratic steps before the bulldozers can start digging, not less than a year from now.

Israel has been through this time after time, the most famous incident being the announcement of another bureaucratic stage having been completed for building homes in the Ramat Shlomo neighborhood in eastern Jerusalem, claimed by the Palestinian Authority.

The news broke just as Vice President Joe Biden was landing in Israel, causing high tension between Jerusalem and Washington for a long time.

Coincidental or not with Kerry’s dream for resumed direct talks between Netanyahu and Abbas, the Beit El housing project proves that Israel is trying to “sabotage” Kerry’s efforts, according to senior PA negotiator Saeb Erekat.

“We condemn this new decision which is proof that the Israeli government wants to sabotage and ruin the US administration’s efforts to revive the peace process,” he said. “This is a message to the American administration and a blow to the peace process. This aims to drag the region into violence instead of peace and stability.”

Erekat did not even have the diplomacy to say “resistance.”

It is out-and-out violence, and obviously Kerry would blame Israel if the Arabs kill more Jews. Otherwise he would have to go back on his statement earlier this year that the proof that Abbas is such a great peace partner can be found in the fact that not even one Jew was murdered by Palestinian Authority terrorists in 2012.

What about 2011? Well, that is history. Let’s look at the present and not the past and talk peace.

And what about the present the year 2013? Uh, yeah, well, sure, a Palestinian Authority terrorist stabbed to death a father of five, but that was an isolated incident, and after all, the murderer was not a member of a known terrorist gang.

Kerry does not have to defend himself. He has Livni to do that for him. Both of them desperately need a peace agreement, Kerry because he wants to be president and Livni because she needs something to justify her being politically alive. The latest polls shows that her party would win zero seats in if elections were held today. 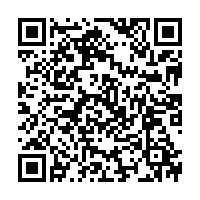