For all the talk this morning about the Iranian ballistic missile strike on an ISIS target in Syria, the real story is that 6 out of the 7 missiles that Iran fired failed to actually hit their intended target.

Iran said they launched six Zolfaghar medium range missiles at an ISIS target in Syria 450 kilometers away, in retaliation for the recent ISIS attack in Tehran that left 17 people dead.


Ehud Ya’ari of Israel’s Channel 2 said that only one of the Iranian missiles actually managed to reach its intended target in Syria.

Ya’ari said that three of the missiles crashed in Iraq, one landed a few hundred meters away from its intended target, one landed somewhere in the Deir Ezzor region, and the crash site of of one missile is still unknown. Ya’ari said it was a failure.

IDF sources have been saying the operational results of the launches were a lot less impressive than the noise the Iranian media was making about the launch.”

Iran has been boasting about the missile launches all day and released a number of videos.

Analysts were saying that the Iranian missile launches were as much a message to the US and Israel as they were to ISIS.

Now it appears that the only message the Islamic regime in Iran actually sent out was, was that they flopped.

Israeli PM Netanyahu sent his own message back to Iran, which was simply, “Don’t threaten Israel.” 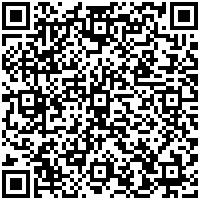