On Saturday, both Bloomberg and Reuters reported that the Biden administration is planning to revoke the terrorist designations of the Houthi militias in Yemen. The designation had been put in place only in recent months by the Trump administration, and now it’s gone, as part of President Joe Biden’s effort to reverse numerous foreign policy initiatives of former President Donald Trump.

On the next day, Sunday, Brigadier General Turki Al-Malki, spokesman for the Joint Forces Command of the Coalition to Restore Legitimacy in Yemen reported the interception and destruction of a “bomb-laden” drone that was launched by the Iran-Backed Houthi Militia at the Kingdom, according to the official Saudi Press Agency.


The Houthi movement is an Islamic political and armed movement that emerged in the 1990s from Sa’dah in northern Yemen and was named after its founder’s Houthi tribe. In 2014–2015, the Houthis took over the Yemenite government in Sanaa and gained control of most of the northern part of Yemen’s territory. Since 2015, they have been fighting against the Saudi-led military coalition that intervened to restore the internationally recognized Yemeni government to power.

ISIS has also been involved in the fighting, targeting all the major parties including Houthis, Saleh forces, the Yemeni government, and the Saudi -led coalition forces.

The Houthis have launched repeated missile and drone attacks against Saudi cities, as part of a proxy war between Saudi Arabia and Iran for the future of the peninsula and the entire region.

Meanwhile, Yemen’s Information Minister Muammar condemned the Houthis’ looting of a national museum, which they have been doing since 2014: robbing ancient manuscripts from state museums and selling them illegally, Yemen’s state news agency Saba News reported.

All of the above will apparently be set to rights by the Biden administration, in response to the UN’s calling the proxy war in Yemen in which so many thousands of civilians have perished, “the world’s worst humanitarian crisis.”

Now the Biden administration is unable to do much to restrain the murderous Houthis, so they opted for the next best thing: it is pulling American support for offensive operations in Yemen, and halting the sale of smart-bomb technology to Saudi Arabia and F-35s to the UAE, both countries being the major partners in the coalition to drive Iranian influence out of Yemen.

On Sunday, the UN special envoy to Yemen Martin Griffiths landed in Tehran for a two-day visit to meet with senior Iranian officials about the conflict. Griffiths is a British diplomat who was appointed to represent the Secretary-General in February 2018. He’ll be meeting with Foreign Minister Javad Zarif, the architect of the Iranian nuclear deal of 2015. The two will discuss reaching a political solution in Yemen, starting with a countrywide ceasefire, allowing the delivery of urgent humanitarian aid, and going back to the political process.

Incidentally, for safety reasons, the headquarters of the office of the UN Special Envoy for Yemen is located in Amman, Jordan…

Harvard University scholar Dr. Majid Rafizadeh wrote last week (Biden should address Iran’s supply of weapons to Houthis) that “rather than rewarding the Iranian leaders by returning to the Joint Comprehensive Plan of Action nuclear deal and lifting sanctions on the regime, the US Biden administration should make addressing Iran’s devastating role in Yemen’s conflict a priority.”

Rafizadeh cited the report by international monitors suggesting the Iranians are violating a UN arms embargo by supplying weapons to the Houthis in Yemen. UN experts accused Iran of fanning the flames in Yemen, stating: “There is a growing body of evidence that shows that individuals or entities within Iran are engaged in sending weapons and weapons components to the Houthis.” The same experts “documented several supply routes for the Houthis in the Arabian Sea using traditional vessels.”

Rafizadeh accused the Biden administration of remaining silent regarding this important report. He begs the new rulers of the US to consider the report’s depiction of Iran’s relentless delivery of weapons to the Houthis which offers an important insight into the tactics and long-term strategies of Iranian-trained and armed proxies across the Middle East, “built on four pillars: Destabilization, conflict, assassination, and the rejection of any solution that has Sunni or Western origins.”

Meanwhile, according to the Associated Press, aid agencies in Yemen welcomed President Biden’s plan to revoke the Houthis’ designation as a terrorist group, because, as the president of the International Rescue Committee, former British Foreign Secretary David Miliband put it on Saturday, the designation would have done nothing to address terrorism in Yemen.

Also, Mohamed Abdi, the Yemen director for the Norwegian Refugee Council (NRC), said the Biden move brought a “sigh of relief and a victory for the Yemeni people,” noting that Yemen is suffering one of the world’s worst humanitarian disasters, which the Biden administration cited in its decision. He blamed the Trump administration’s designation of the Iran-backed Houthis as terrorists for limiting aid to Yemen.

Remarkably, the NRC manages to discuss a crisis in which one-third of Yemen’s population—10 million people—remain “only a step away from famine,” and suffering “the worst cholera outbreak in recent history,” without pointing its finger at the original culprits. Instead, in familiar Norwegian NGO fashion, there are only suffering civilians and lots of armies fighting each other. Now the White House has adopted this shameful stance that torpedoes continued attempts to end the conflict by chasing out the monsters and their masters.

Amid all this mayhem, the NRC only has this righteous pile of horse manure to deliver: “As the political situation remains extremely volatile and the economy is set to plummet further, continued support from the international community will be crucial for 80 percent of the population who rely on that assistance.”

Because, unfortunately, like Congresswoman Ilhan Omar likes to say, it’s all about the Benjamins. 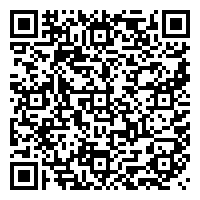