Ramaz High School’s student-run politics society issued an invitation to Rashid Khalidi, the Edward Said Professor of Modern Arab Studies at Columbia University, but the talk was cancelled by Ramaz’s head of school, Paul Shaviv. Some students and alumni of Ramaz are protesting the school’s decision.

Khalidi, who was born in New York to a Saudi-Palestinian father and Lebanese mother, lived in Beirut during the Lebanese civil war and was associated with the Palestine Liberation Organization. As a professor, he has said that Palestinians living under Israeli occupation have a legal right to resistance and has charged supporters of Israel with using McCarthyite tactics to silence honest debate in America about the Middle East, including falsely accusing him of anti-Semitism.


Khalidi’s signature work, “Palestinian Identity: The Construction of Modern National Consciousness” (Columbia University Press, 1997), argues that the Arabs living in Eretz-Israel (commonly called Palestine before 1948) began to regard themselves as a distinct people early in the 20th century, and disagrees with the Israeli view that the arrival of modern Zionism and the Arab struggle against it is not the sole explanation of the emergence of Palestinian nationalism.

In a 2001 interview published in North Coast Xpress, Khalidi said, “Every other single place on the face of the earth is in support of the Palestinians, yet all of them together aren’t a hill of beans compared to the United States and Israel, because the United States and Israel can basically do anything they please. They are the world superpower, they are the regional superpower.”

In a 2007 interview, Khalidi described discussions of Arab restitution for property confiscated from the Jewish refugees from Middle Eastern and North African countries after the creation of Israel as insidious, “because the advocates of Jewish refugees are not working to get those legitimate assets back but are in fact trying to cancel out the debt of Israel toward Palestinian refugees.”

New York Times columnist Clyde Haberman said of Khalidi’s book The Iron Cage: The Story of the Palestinian Struggle for Statehood: “When he talks about repressive Israeli measures having been ‘sometimes imposed on the pretext of security,’ critics are bound to ask: What pretext? How many suicide bombings of cafes and pizza shops does it take before a country has a right to end them by any method that seems to work?”

Efraim Karsh said about the same book: “One would have hoped that after 80 years of stubborn adherence to the ‘one-state solution’ and an equally adamant rejection of the ‘two-state solution,’ which have resulted in Palestinian statelessness, all but the most fanatically self-deluded would grasp the root causes of the Palestinian debacle — not least a historian purporting to redress the ‘continuing refusal to look honestly at what has happened in this small land over the past century or so.'”

In a statement issued to JTA on Friday, Shaviv said he was working with students to “navigate a delicate political situation, respecting their wish for open exchange of ideas, but also being mindful of multiple sensitivities within our varied school constituencies.”

The statement from Ramaz said, “The issue is not whether or not students should hear another view – they should. Our question was: ‘Is this the appropriate program?’”

The school’s administration said it believed the controversy surrounding an appearance by Khalidi would “massively overshadow any conversation and would make an educational experience impossible,” and that Khalidi was not the right partner for dialogue with high school students. Shaviv said he met with Khalidi and amicably explained the situation to him, and Ramaz’s statement said the school is “working with the politics club to arrange an event that will provide the program content they originally envisaged.” 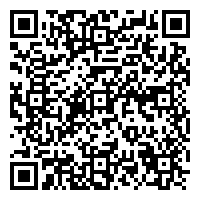