The exact dates have not yet been set. As with President Donald Trump, Haley will begin her visit in Jerusalem, meeting with Prime Minister Benjamin Netanyahu and President Reuven Rivlin. She will also tour the Yad Vashem Holocaust Memorial Museum, and the Old City of Jerusalem.


This past week Haley visited Jordan and Turkey, where she focused on the needs of displaced Syrian refugees.

The American ambassador spent some time with the World Food Program in southeast Turkey along the border with Syria, observing how volunteers packed the foodstuffs that were taken deep into Syrian territory for distribution to those who have been unable to escape the horrors of the civil war.

She also visited the Altinozu refugee camp, where she met children at a medical clinic and kicked around a soccer ball with young Syrian refugees, according to the Associated Press.

At one point Haley stood right on the border between Turkey and Syria at the Bab al-Hawa Crossing, having arrived in an armored motorcade. But she didn’t stay long; security personnel whisked her away the moment unmarked vehicles were spotted in the area, AP reported.

Her upcoming visit to Israel is expected to also include military assessments, according to The Jerusalem Post, which reported that Haley will receive security briefings from the IDF and will tour the northern border with Lebanon and Syria.

She is scheduled to conclude her visit with meetings in the Palestinian Authority.

Arabs Warn Biden: We Do Not Want Another Obama! 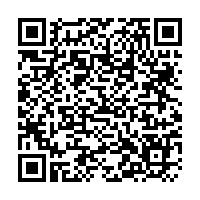