For the first time in 25 years, America has sent B-52 bombers to the Middle East to fight the war on terror: this time, against Da’esh (ISIS) in Syria and Iraq.

The U.S. Air Force based the massive, deadly aircraft at Udeid Air Base in Qatar on Saturday.


It appears the U.S. is finally serious about deploying a heavy military effort into fighting Da’esh (ISIS) forces in Iraq and Syria just as President Barack Obama reaches the last stretch in his final term, with him facing few political risks. But his Democratic party faces an uphill race to win his place in the White House for another four-year term, and the Republican party is equally challenged as it faces a possible split at its upcoming nominating convention.

The U.S.-led coalition’s Combined Air and Space Operations Center (CAOC) which is responsible for running the air campaign against the terror group also based there.

The American B-52 bombers were last seen in the Middle East when they were deployed against Iraq from Saudi Arabia, in Operation Desert Storm, the 1991 Gulf War.

B-52 bombers are long-range aircraft. They were last used operationally in a U.S.-led military drill with Jordan in May 2015.

Prior to that, they were used in May 2006 during the war in Afghanistan, according to the U.S. Air Forces Central Command.

The bombers will enable U.S. forces to drop precision weapons, according to Brown. In addition, it will enable a range of other missions, including strategic attack, close-air support, air interdiction, and maritime operations.

The B-52 will also allow the U.S. forces to avoid carpet bombing, which spokesperson Lieutenant Colonel Chris Karns told Reuters would not be “effective” because “Da’esh doesn’t mass as large groups. Often, they blend into population centers. We always look to minimize civilian casualties.”

Brown added the B-52 bombers could be ready to bomb “elsewhere” in the region, if needed.

The B-52s, although older, also have more stamina on the battlefield than the B-1 bombers they are replacing. The B-1 bombers are supersonic and can hang over a battlefield for up to 10 hours at a time – those aircraft dropped nearly 40 percent of all the bombs in the strike missions against Da’esh in Iraq and Syria, according to Fox News.

The B-1 Lancer “swing-wing” bombers left the Middle East in January for maintenance and a series of upgrades, according to the U.S. Army’s Stars and Stripes.

But the B-52 bombers can hang over a battlefield for nearly 12 hours and can carry more than a dozen satellite precision-guided bombs – or up to 50 500-pound bombs.

More to the point, if necessary, the B-52 bomber can carry nuclear weapons. It was a B-52 bomber that dropped one of the first hydrogen bombs in the South Pacific in 1956.

It’s been more than 60 years since the first B-52 bombers were built during the Eisenhower administration but they still comprise the bulk of the U.S. Air Force long-range bomber fleet. 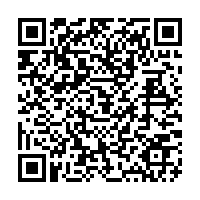