In response to the Regavim movement’s sixth appeal to the High Court of Justice, the State of Israel on Sunday requested that the implementation of the court’s past ruling regarding Khan al Ahmar be postponed by at least six months, until after the elections and the establishment of a new government.

Khan al-Ahmar is an illegal shantytown erected by the Palestinian Authority with help from the European Union in Area E1, between the Israeli settlements of Ma’ale Adumim and Kfar Adumim.

Israeli plans for construction in E1 were initially conceived by Prime Minister Yitzhak Rabin in 1995, as part of his understanding of the Oslo accords. These plans have been frozen since at least 2009, when Prime Minister Benjamin Netanyahu began his second stint at the helm.

In 2018, there were an estimated 180 Bedouin, including 92 children, living in tents and huts in Khan al Ahmar, up from 100 in 2010. The EU established a local school there, serving 150 area Bedouin children.

In May 2018, Israel’s High Court of Justice determined that the residents of Khan al Ahmar could be evicted. This decision brought an irate response from the United Nations, International Criminal Court, European Parliament, and Amnesty International, who stated—quite in disregard of geographic, political and historic facts—that the demolition of the village would be a violation of international law, a breach of the Fourth Geneva Convention, and possibly a war crime.

Intimidated by all this international pressure, and contrary to the PM’s promises to his voters, the Netanyahu government on October 20, 2018, announced that it would postpone the demolition until a negotiated resolution is found.

But then, during the election campaign of the spring of 2019 (as opposed to the fall of 2019, which is yet to come), Bibi changed his tune, as Yachin Zik, a spokesman for the Regavim movement put it: “Prime Minister Netanyahu stood a few months ago and declared that ‘Khan al-Ahmar will be evacuated in the coming weeks.'”

“This is not just an illegal compound, which the state has already declared that ‘its evacuation is strategically important,’ but it is also a test of the readiness of the Israeli government to act against the Palestinian Authority’s plans to take control of the open areas in Judea and Samaria,” Zik stressed.

The current, sixth petition, like the ones before over the past decade, is directed at the prime minister and the defense minister, both portfolios being held by Benjamin Netanyahu. This is the sixth time the High Court of Justice is required to intervene in the state’s failures, as it reneges on its multiple decisions and commitments to evacuate and demolish this obviously illegal provocation, orchestrated by the EU, of all the agreements between Israel and the PA.

Amnesty International put it best in a press release on October 1, 2018 stating that the demolition of Khan al-Ahmar would be a “cruel blow and war crime.” It pointed it out that “the Court ruled that the village was built without relevant building permits, even though these are impossible for Palestinians to obtain in the Israeli-controlled areas of the West Bank known as Area C (inside which lies the E-1 zone – DI).”

Indeed, the Oslo Accords divide what used to be called the “West Bank” into three areas: Area A under full Palestinian Authority control; Area B under the PA’s administrative control and Israeli security control; and Area C entirely under Israeli control – with an option to annex, according to many in Israel.

Please remove the Bedouin shantytown as you promised, Mr. Netanyahu. 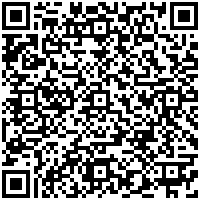