Prime Minister Benjamin Netanyahu told Matt Crouch from TBN, the largest Christian Network in the world, in an interview to be broadcast Tuesday night, that the world must unite in sanctioning the International Criminal Court (ICC) in The Hague, which is mulling war crime charges against Israel over its possession of the liberated territories of Judea and Samaria and its rule over the local Arabs.


“The US government under President Trump has spoken forcefully against the ICC for this travesty, and I urge all your viewers to do the same,” Netanyahu told Crouch. “To ask for concrete actions, sanction against the international court, its officials, prosecutors, everyone. They’re basically in a full frontal attack on the democracies, both on the democracies’ right to defend themselves, and on Israel’s right, the Jewish people’s right, to live in their ancestral homeland, the Land of Israel.”

Referring to the Holocaust, Netanyahu said: “A third of the Jewish people went up in flames. There was nothing we could do. Now, after the Holocaust and the State of Israel was established, the attempts to destroy the Jewish people have not disappeared. Iran openly declares every day that it wants to wipe Israel off the face of the earth.”

“We now have the capacity to defend ourselves,” the Israeli PM said, “and I think the lesson of Auschwitz is, One, stop bad things when they’re small, and Iran is a very bad thing. It’s not that small but it could get a lot bigger with nuclear weapons. And I think the first thing is stop that. And second, understand that the Jews will never ever again be defenseless in the face of those who want to destroy them.” 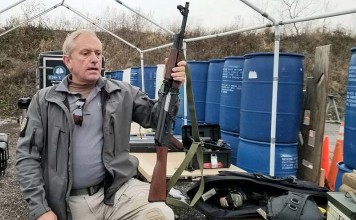 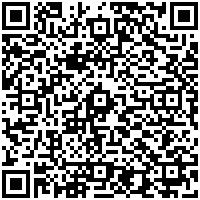