Director for Public Policy for the Orthodox Union Nathan Diament last week testified before the House Homeland Security Subcommittee on Intelligence & Counterterrorism that American Jews “are under threat of violence as we walk down a city street or enter our synagogues to pray or shop in a supermarket for kosher groceries.”

In his post at the OU Advocacy Center, Nathan J. Diament develops and coordinates public policy research and initiatives on behalf of the Orthodox Jewish community. In 2009, he was appointed by President Obama to serve as one of 25 members of the President’s Faith Advisory Council. In 2019, the Department of Homeland Security appointed him to its new, 11-person Subcommittee for the Prevention of Targeted Violence Against Faith-Based Communities. He is a co-editor of Tikkun Olam, and the author of articles and essays on religion and state, constitutional law, social policy and international affairs.

Clearly, Diament is not a radical righwinger, to put it mildly. And yet, his testimony before Congress last Wednesday reflected his genuine fear for the future of Jews in the United States, especially those Jews you can spot on the street.

He stressed that it’s the “most visible Jews, those of us who wear a hat or a shtreimel or a kippah or who may have payots at the sides of our heads or a long beard who have been subject most to these verbal and physical assaults.”

“Anxiety about this new reality is present in orthodox Jewish communities in all your districts and across the entire country,” Diament said, suggesting that the past months of increasing attacks on Jews “are an outgrowth of many years of expressions of not only anti-Semitic bias in general but anti-orthodox Jewish bias in particular that have long gone unreported and unrepudiated […] in multiple towns in New Jersey, Ocean Township, Jackson and Mahwah, local leaders sought to use zoning and land-use regulations to try to prevent orthodox Jews from moving into their towns.”

Diament said that the Jewish community in the US is not worried “about over-policing,” but about “under-policing,” warning that “incidents are happening, there is violence on the streets, and we need the police to be in the community protecting people from these assaults.”

And yet, when asked last May by Mishpacha Magazine about the comment by Nazi hunter Serge Klarsfeld that it feels like the 1930s again, Diament disagreed.

“I would not agree with that, certainly with regards to the United States. I can’t comment on some European countries. When you have the president and the vice president, and Democratic leaders of Congress, and everybody in the political leadership, and even the media, condemning anti-Semitism and repudiating it, that is not reminding you of the 1930s,” he said.

In other words, just what folks were telling themselves in the 1030s, before those turned into the 1940s. 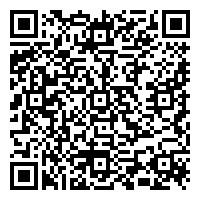