Amalek, Torah, Moses, Egypt, Hamas, Taliban, terrorists,Israel marks on the Sabbath the 40th year of the Yom Kippur War that nearly destroyed the country. Today, being the island in a sea of Arab storms threatens the country no less, but slowly, slowly, the Big Lies of evil are crumbling at Israel’s feet.

If the “peace process” and existential threats of Syrian President Bassar al-Assad and the Iranian regime and their Russian sponsors are a measure, Israel can start saying the Kaddish mourning prayer for itself.

President Barack Obama is dead set to shrink Israel to what former Israeli Ambassador Abba Eban, far from a right-wing hawk, called the “Auschwitz borders” that existed from 1949 until 1967.

Obama is only the latest, if not the last, American president to interpret the Middle East through the eyes of the Arab world, which not coincidentally is an oil-rich world.

Israel no longer can depend on logic. Explaining why it is not an ‘occupier” is an exercise of the frustration of an idiot. Exposing Palestinian Authority incitement and highlighting Arab terror simply encourages the one-line mind that Israel has brought its woes on itself.

No matter what the Obama administration says, its actions, and those of every American government the past decades, have forgiven the Palestinian Authority for every violation of the Oslo Accords while demanding that Israel live up to every word and letter.

Foreign media have swallowed hook, line and sinker the Arab world argument that “settlements” are an obstacle to peace, and nothing will change that fallacy,

Israel’s real strength is rooted in the Torah. In the Sinai desert, where Amalek preceded Hamas , Moses led the people around its enemies instead of fighting them, unless attacked first.

The anti-Semitic Big Lie is inherent in foreign governments and foreign media. It was inherent in the media during the Holocaust, which was ignored as much as possible until the truth defeated evil, all too late for 6,000,000 Jews.

The Big lie has been crumbling, and the media, slowly but surely, have no choice other than giving up the anti-Zionist fight.

Neither The New York Times, nor CNN, nor the U.S. State Dept. will admit they were wrong. Like old generals, they simply will fade away.

The Big Lie began crumbling years ago, at least as far back as Israel’s middle-of-the-night flight from the Security Zone in southern Lebanon, but it took the 2005 expulsion of Jews and the withdrawal of the IDF from Gaza to wake up the world out of its peace and love slumber.

When Hamas attacked southern Israel with rockets immediately after the Sharon government destroyed the lives of 9,000 innocent Jews, President Shimon Peres, Israel’s eternal Minister of Peace, actually said out loud he simply cannot understand why Hamas would do such a thing after Israel was so nice.

When the Palestinian Authority staged its first and, until now, its last democratic election, Hamas won. Condoleezza Rice who then was Secretary of State, simply could not believe that Arabs would democratically vote for anti-democrats. The State Dept. did not and still does not understand that Arabs will accept democracy only if it is a means towards destroying Israel. Otherwise, it is useless to them.

The Big Lie crumbled in Iraq but it took the war in Afghanistan to wake up the American people. A war weary United States is preparing to leave Afghanistan in the hands of a government that operates in the shadow of Taliban. In the Gulf War in 1991, the U.S. Army won the battle and defeated Saddam Hussein, but it lost the war. Suicide bombings are weekly events in Iraq today. The government is a shell that does not even thinly disguise growing anarchy. Good luck, Afghanistan, on your inheritance from Washington.

The Big Lie of the romantic Arab Spring rebellion for freedom, by Western standards, crumbled in Egypt, and it has collapsed in Syria.

“Freedom” for Islamists is the right to end freedom for others.

The cheers for the Muslim Brotherhood, after the “despot” Mubarak was deposed, turned out to be jeers after it was clear that the Brotherhood is no less despotic. And the military regime is no better.

Syria would be a laughable situation if it were not for the fact that it is not funny when hundreds of thousands of people are killed indiscriminately, starved, tortured, and gassed. Lest anyone forget, the Obama administration, and Kerry when he was a senator in the Bush administration, “engaged” Assad. So much for their choice of marriage partners. 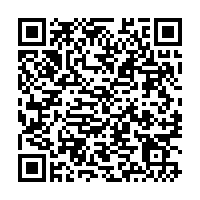