Prime Minister Naftali Bennett on Sunday told the weekly Cabinet meeting that his government’s goal is to utilize the window of opportunity that has opened between the rounds in the talks with Iran to “tell our friends in the US: This is precisely the time to use a different toolkit against Iran’s galloping forward in the enrichment sphere.”

“The first round of talks between Iran and the major powers in Vienna has ended without results,” Bennett said. “The Iranians, as expected, are proficient negotiators. They backtracked from previous agreements and came with a very strong and thuggish approach.

“An example of the nuclear blackmail that I spoke about: During the talks, we received reports that they had begun to enrich up to 20% purity in advanced centrifuges at Fordo. This is a very serious step. I call on every country negotiating with Iran in Vienna to take a strong line and make it clear to Iran that it is impossible to negotiate and enrich uranium at the same time.”

The PM noted that Foreign Minister Yair Lapid had returned from a round of talks in Europe on this issue and that in the coming days, the Defense Minister and the Director of the Mossad are leaving to Washington to continue talks with the Biden administration on this issue.

“Iran must start paying for its violations,” Bennett declared. “The goal of the Iranian regime is the lifting of sanctions. For this, they went to Vienna with dozens of advisors and sanctions experts, because this their goal: the ability to do what they are doing now regarding terrorism and in the nuclear sphere, only this time they want to be strengthened by tens of billions of dollars and a tailwind for all of their activity. We are holding an intensive dialogue on this matter with the Americans, the British, the French, Russia, and others.”

“Our strength is in our unity,” Bennett told his ministers, “A bad deal with the Iranians will have implications for our national security. Therefore, there is a time for everything. A time to keep silent and a time to speak. Now is the time to speak.”

Regarding the Corona, PM Bennett said that “in the United States and Europe, winter is extremely severe; morbidity is peaking; there are lockdowns and restrictions across the world. Here it is warm, open, and safe. The basic reproduction number has fallen below one again.”

Bennett continued: “Friends, this does not happen on its own. The fact that Israel is an island of functionality and health, of an open economy and a normal life, is the result of our tight management. Therefore, I suggest that we not underestimate Omicron.”

He added: “Just this morning I received a report that 100 people were infected with Omicron at a party in Norway. It is not just in South Africa. We need to be circumspect. This is a strain that we do not yet know enough about although we do know with a high level of certainty that it is very contagious. We are still in the foggy period that we ourselves have defined, and we are still studying.”

According to Israel’s Health Ministry, the Corona infection coefficient has dropped below 1, for the first time in more than two weeks. Out of 39,067 who were tested on Saturday, only 241 tested positive – 0.61%. There are only 110 Corona patients in serious condition, 64 of whom are on ventilators.

“Every day we are reassessing the situation – based on the data we know at the time – regarding measures to ease restrictions or make them more stringent. Everything is according to the data,” Bennett said.

“Some people are saying: ‘But the situation is so good in the country, why are you being so stringent?'” he said, and answered: “The reason that the situation is good in the country is that we are taking quick and precise action. We know to relax the restrictions when necessary and when to tighten them. In the current uncertainty, this is exactly the step to take. It is better to be careful at the outset than to regret it later.” 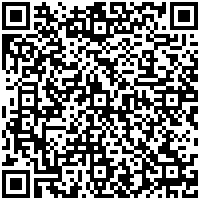