Speaking with journalists in Tokyo after talks with Japanese Foreign Minister Fumio Kishida, cited “20 years of failed approach” which he said “includes a period where the United States has provided $1.35 billion in assistance to North Korea as an encouragement to take a different pathway.”


Tillerson is on his first visit to Asia as a Secretary of State. He is scheduled to travel to South Korea and China as well.

“I think it’s important to recognize that the diplomatic and other efforts of the past 20 years to bring North Korea to a point of denuclearization have failed. So we have 20 years of failed approach, and that includes a period in which the United States provided $1.35 billion in assistance to North Korea as an encouragement to take a different pathway. That encouragement has been met with further development of nuclear capabilities, more missile launches, including those of the recent February 11th and March the 5th. In the face of this ever-escalating threat, it is clear that a different approach is required. The purpose of – part of the purpose of my visit to the region is to exchange views on a new approach.

North Korea has long had a nuclear trade relationship with Iran and with Syria: some North Korean-made parts were found at the site of a nuclear plant in Syria that was destroyed in 2007 by an air strike attributed to the Israel Air Force. Iranian military officers and soldiers have been fighting alongside Syrian regime soldiers since the start of the country’s savage civil war together with the Lebanon-based Hezbollah terrorist guerrilla fighters, one of Iran’s numerous proxy groups in the region. Iran is now trying to set up a permanent military presence along Syria’s border with Israel. 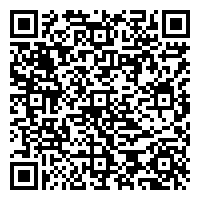