The Simon Wiesenthal Center has just released its top ten anti-Semitic/anti-Israel slurs for the year 2013.


1. The very top of the list of outrageous insults comes from Iran’s Ayatollah Ali Khamenei, who referred to Israel as the “rabid dog” in the Middle East region. Successfully adding insult to injury, Khamenei also said that Israel’s “leaders look like beasts and cannot be called human.”

“The genocidal animus of Iran’s Supreme Leader against the Jewish state continued unabated throughout the secret and direct negotiations with the United States and the P5+1,[which] places him at the top of the list,” said Rabbi Abraham Cooper, the Center’s Associate Dean.

2. Turkey’s Prime Minister Recip Tayyip Erdogan placed second on the SWC’s most worst list. Erdogan achieved this dubious honor in a year characterized by a dramatic deterioration in relations between Turkey and Israel. Twice the Turkish leader blamed Israel – using the code word “interest rates lobby” for serious challenges to his authority by the citizens of his country.  First it was the Gezi Park uprising and most recently that same “interest rates lobby” was blamed for a huge, still ongoing corruption scandal that has profoundly affected his government, with more than a dozen ministers either resigned or being fired or reshuffled.

3. In third place is the first Jew on the list. It is the United Nation’s Special Rapporteur for the Palestinian Arab Territories, Richard Falk.  This year Falk described Israel has harboring Nazi-like genocidal intentions towards the Palestinian Arabs. The hatred he exudes towards Israel is, perhaps, summed up best in his justification of suicide bombings perpetrated against Israel as a legitimate means to inflict sufficient harm on Israel.  There is much more to make your blood boil on the SWC site.

4. In fourth place the SWC listed the economic and legal warfare against the Jewish state known as BDS.  BDS stands for the Boycott of, Divestment from and Sanctions against Israel that is urged on by haters of the Jewish State.

In this BDS category, special mention is made of several practitioners. The first example offered is the American Studies Association.  Much has already been written on these pages about the ASA’s misguided effort to boycott Israeli academic institutions.

The good news, of course, is that the ASA appears to have done far more damage to its own organization than any harm that could possibly befall Israeli academic institutions because of the ASA’s stunt. With close to 100 universities condemning the ASA’s boycott and several withdrawing from the organization altogether, perhaps we should really place the ASA’s boycott on a list of efforts taken which resulted in nationwide solidarity in support of the Jewish State.  So, thanks, actually.

“As Christians suffer in Syria, ethnic cleansing in Iraq, and are threatened in Egypt, the United Church of Canada endorsed a boycott of Israel – the only Middle East state that guarantees full religious freedom and protection to all faiths,” is how the SWC describes the UCC’s folly.

5. The extreme far-right wing Hungarian party, Jobbik, is fifth on the list of most awfuls. The deputy leader of the Jobbik party called for a registry of all Jews in Hungary as a security measure last year.  He also alleges that Israel “runs a Nazi system.”

6. In sixth place is a meme that never seems to go away.  This is the “Hitler as Hero” meme, which was taken up by an alarmingly large and diverse group of Arabs and Europeans over 2013, including Egypt’s Muslim Brotherhood’s Yusuf al-Qaradawi, Iraqi cleric Qays bin Khalil al Kalbi, Saudi cleric Muhammal al Farraj, a famous Lebanese singer, and several Turkish immigrants in Holland.

7. Several particularly egregious Cartoons That Defame Israel are seventh on the SWC list of most anti-Semitic/anti-Israel Slurs for 2013.  In what passes as an art form that has been around for centuries, this year’s entries into the pantheon of dehumanizing depictions of Jews (and the Jewish State) are prize winners.  Check the SWC site to see this ugly art.

8. The small upstate New York school district of Pine Bush has permitted ugly anti-Semitic abuse of its Jewish students. Parents have sued the school district for allowing the ugliness to continue. One school official allegedly responded that the complainants’ “expectations for changing inbred prejudice may be a bit unrealistic.”  Really? Let’s hope that official’s hope to keep his job is a bit unrealistic.

9. Two American authors, one a has-been and the other a never-been, are in the 9th place “poison pen” position on SWC’ list. Alice Walker, who easily could have appeared in the fourth place as a practitioner of BDS, appears here because her most recent book, The Cushion in the Road, is described by the SWC as being approximately 25 percent “a diatribe against the Jewish state.”

Walker was the author of a hugely popular and powerful novel, The Color Purple, albeit that was 30 years ago.  The second person in the poison pen category is mostly famous for having a semi-famous daddy, Sidney Blumenthal, a speechwriter for Bill Clinton. Max Blumenthal seems to have spent the past 20 years of his life attempting to be an enfant terrible, but now he’s mostly just terrible. His new book, Goliath, practically takes anti-Semitism to pornographic heights.  He refers to Israelis as Judeo-Nazis, and blames the Arab-Israeli conflict on “Israeli society’s nationalistic impulses.” Blumenthal is at least nominally Jewish.  So sad.

10. The Wiesenthal Center describes various European Sports Venues as having been “Hijacked for Hate,” and placed them in the final slot of its 2013 list of most egregious anti-Semitic/anti-Israel slurs. Of particular note were European soccer stadiums as the stage where a great deal of ugly anti-Semitism played out over the past year. Italian, English, Polish, Hungarian, Latvian and Croatian teams or their members were cited for anti-Semitic activity this past year.

In a late-breaking addition to the list, the Wiesenthal Center included its request that NBA Star Tony Parker apologize for using a Nazi-like salute which is currently widely used by neo-Nazis in Europe. The gesture is called a quenelle, or a reverse Nazi salute.  It has been denounced by French authorities and leaders of the French Jewish communities.

The Wiesenthal Center asks readers to share with it incidents of anti-Semitic or anti-Israel slurs so that such incidents can be explored and exposed, and the perpetrators held accountable. 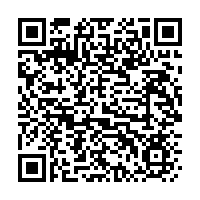