As Israel’s Prime Minister Benjamin Netanyahu predicted from the start, Iran has repeatedly violated the nuclear deal it signed with the P5+1 world powers in Vienna in July 2015.

Tehran has carefully overstepped the limit on how much heavy water it’s allowed to stockpile — 130 tonnes — for the second time since January, according to the International Atomic Energy Agency of the United Nations, which is tasked with enforcing the deal.

The IAEA said in a report released last week that Iran has “slightly” exceeded its 130-tonne soft limit on the stock of heavy water.

On Thursday, the agency warned that the violations have to stop. All six nations who signed the agreement have expressed frustration with the difficulty presented by Iran’s behavior, and the dilemma of what to do about it.

IAEA chief Yukiya Amano said in a speech to the agency’s Board of Governors, “It is important that such situations should be avoided in future in order to maintain international confidence in the implementation of the JCPOA (Joint Comprehensive Plan of Action.)”

Amano added, “Iran has … made preparations to transfer a quantity of heavy water out of the country… Once it has been transferred, Iran’s stock of heavy water will be below 130 metric tonnes.”

Under the JCPOA, Iran’s domestic nuclear energy needs were estimated to require 130 metric tonnes of heavy water. The remainder was to “be made available for export to the international market.”

Iran’s nuclear development activities are allegedly monitored under the JCPOA — at least, to a point — in exchange for the removal of international sanctions against the Islamic Republic. However, the IAEA has no access to Iran’s military sites, including those where nuclear activities take place. 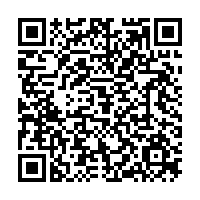