The ADL, which planted itself right in the middle of the battle against former Breitbart CEO Steve Bannon, has taken a first step back and clarified that they “are unaware of any anti-Semitic statements from Bannon.”

Nationally syndicated talk show host Dennis Prager called the initial accusations against Bannon “libel” and said that the ADL had damaged itself with the false claims.


The ADL’s remaining complaints against Bannon are primarily ideological and editorial, they are not happy with Breitbart giving a platform to right-wing authors such as Pamela Geller and Robert Spencer, or that some of Breitbart’s headlines are sensationalist.

In opening remarks at the ‘Never Is Now’ Summit on Anti-Semitism held Thursday (Nov.17) in New York City, Anti-Defamation League (ADL) CEO Jonathan Greenblatt, who was formerly an aide to President Barak Obama, had a grim warning about a spike in anti-Semitism in America, and the incoming administration of President-elect Donald Trump.

Greenblatt commented that the organization had never before convened a summit “like this” on anti-Semitism, describing its presence under the surface of society “like a persistent and nagging ache,” chronic but still one that Americans knew about and simply tried to keep under control. This, he said, worked out.

“By and large, America and American life have been remarkably tolerant and welcoming,” he said, “And yet, today, I think all of us fear that something has changed. There are troubling signs. Now they may be subtle, they may go unnoticed by the vast majority of Americans, but we see them. We know.”

But Greenblatt then went on to say this year’s presidential election in the United States saw the kind of hate “unlike anything we have seen in recent history.” He added that the American Jewish community hasn’t seen “this level of anti-Semitism in mainstream political and public discourse” since the 1930s.

And he blamed the candidates; in particular, the winning candidate.

“This was an election where a presidential candidate criticized Israel in a manner that evoked a blood libel; where another unapologetically tweeted a sinister Star of David meme that had been created by white supremacists; it promoted a campaign slogan that evoked the phrase most associated with notorious Nazi sympathizer Charles Lindbergh, and sponsored a closing television ad that echoed anti-Semitic conspiracies that have been used to justify anti-Jewish persecution for centuries,” Greenblatt claimed.

“During this political season, we saw white supremacists use a triple parentheses to target Jews online and simultaneously, relentlessly harass and intimidate Jewish journalists on social media with anti-Semitic tropes and horrific images of the Holocaust.”

Greenblatt alleged that the incoming administration of President-elect Donald Trump is planning the first steps of what appears to be an ethnic registration program targeting Muslim citizens of the United States. He used the claim, misquoting several campaign promises by then-candidate Donald Trump and demonizing the incoming Trump administration before it has even entered office, before it has taken any action at all.

“There recently have been reports that the new Administration plans to force Muslim-Americans to register for some sort of master government list. Look, Islamic extremism is a threat to us all. But as Jews, we know what it means to be registered and tagged, held out as different from our fellow citizens.

“As Jews, we know the righteous and just response. All of us have heard the story of the Danish king who said if his country’s Jews had to wear a gold star…all of Denmark would too.

“I pledge to you right here and now, because I care about the fight against anti-Semitism, that if one day in these United States, if one day Muslim-Americans will be forced to register their identities, then that is the day that this proud Jew will register as a Muslim. Because fighting prejudice against the marginalized is not just the fight of those minorities. It’s our fight. Just as the fight against anti-Semitism is not only the fight of us Jews. It’s everyone’s fight.”

The son-in-law and daughter of President-elect Donald Trump would undoubtedly agree: They are both observant, modern Orthodox Jews raising their children in American society. And despite claims to the contrary, new White House chief strategist Steve Bannon is also a strong advocate for Israel and Jews, according to Jewish journalists who have worked with him, and his own statemetns and actions in the past. 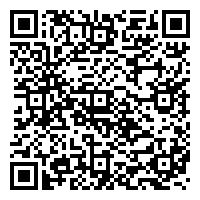