Dermer visited the Trump transition team at Trump Tower on Fifth Avenue in Manhattan on Thursday, and met briefly with media on his way out.


“We have no doubt that Vice-President-elect Mike Pence is a true friend of Israel,” Dermer added, noting that Pence was one of Israel’s “greatest friends” during his decade in Congress, and “one of the most pro-Israel governors in the country.”

The reference to Bannon comes in the wake of a concerted effort by numerous media to demonize the former CEO of Breitbart News, who gave considerable website space to the alt-right and was not shy about allowing tabloid headlines that pushed the limits of propriety, including one written by a Jewish journalist that referred to a “renegade Jew.”

Bannon has been appointed by Trump to become senior adviser to the president-elect, and White House chief strategist, a move that has caused great anxiety among liberals in the United States.

Jewish journalists who have worked with Bannon are adamant, however, that he is no anti-Semite and in fact is a strong advocate for Israel. Bannon himself says he is a Zionist. 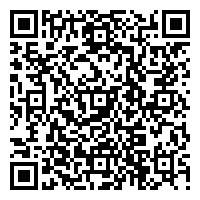