Iran is ending it s first contingent of approximately 4,000 Hezbollah terrorist organization fighters, all of them Shi’ite Muslims, to fight with the Assad regime days after the Obama administration announced it will arm rebels, mainly Sunni Muslims who have been aided by the Sunni Muslim Al Qaeda’s proxy, Al Nusra.

American arms to rebels in Syrians have to pass through Jordan or Turkey. Add to this anti-Syrian and anti-Iran alliance the Sunni kingdom in Saudi Arabia, which would like nothing more to see the Iranian regime collapse, along with its threat to build a nuclear bomb and its ambition to dominate a pan-Islam state throughout the Middle East.


Ditto for the Gulf States.

Iran has thrown down the gauntlet by its sending Hezbollah troops to help Syrian President Bashar Assad. Both countries are dependent on each other.

A victory by Assad is unthinkable. It would totally destroy American’s image of a world power.

If the rebels can overcome Hezbollah and Assad’s army, Iran would be severely weakened, if not decimated.

Until then, Israel faces increasing instability in Lebanon, dominated by pro-Syrian and Hezbollah, and in Syria.

The Obama administration’s decision to take sides  in the Syrian Civil War sucks up Jordan and Turkey as totally dependent on success for the United States, and Israel can only pray that the instability does not turn the Golan Heights into an active war zone.

Once the Al Qaeda-linked terrorists get their hands on weapons, they always can be turned on Israel in the future, the exact same threat that Israel faces against Hezbollah.

Everyone is turning against everyone, and the best outcome for Israel in the Sunni-Shi’ite war is that both sides lose.

The United States also might wish for the same. It is backing the Sunni Muslims, whose terrorists carried out the 9/11 attacks.

The Muslim Brotherhood government in Egypt has broken off with Syria. Hamas, headquartered in Syrian only two years ago, now is accused by Assad as training rebels to attack his regime with Kassam rockets.

One interesting sidebar to this proxy war is the Palestinian Authority.  Does anyone remember  that the PA-Israeli issue is supposed to be the heart of all of the problems in the Middle East? 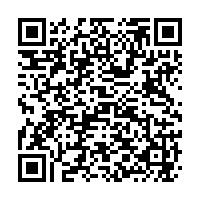