To understand the mentality of a Jewish country whose national policy consists of crudely sawing itself off at the legs, one need only glance upon the Temple Mount in Jerusalem. Naïve Israeli politicians react with shock and horror when the U.S. government refuses to accept Jerusalem as our undivided capital. Let them look in the mirror and behold the grasshopper who blinks back at them. They don’t believe it themselves. If they did, the site of the First and Second Jewish Temples would be in Jewish hands rather than the Jordanian Waqf, who gleefully enforce the government’s policy of apartheid against Jewish visitors. These Jewish wimps fight the wrong battles. While Israel bleeds internally, they worry about the right to play soccer with anti-Semites rather than the Arab anti-Semites within our own borders who want to exterminate us.

“Maslow’s Hierarchy of Values” immediately comes to mind. A logical theory which prioritizes man’s basic needs. A logical extrapolation of this theory would include the following:


Entertainment and recreation are important, but in the world of sane people such activities follow, rather than precede, the basics of human survival. You don’t install a cable dish on your home before you have a serviceable roof. And you don’t kick a soccer ball around with those who want to kill you, or for that matter, fight for the right to do so.

Many Jews were agitated by the relatively recent Arab attempts to remove Israel from FIFA, the governing organization for international soccer. They breathed a collective sigh of relief when the efforts were thwarted by clever Israeli politicians. Not I. And it has nothing to do with my personal disdain for soccer, which I neither understand nor consider a proper sport (based upon a personal bias which asserts that real football is played with helmets and pads). As a sports enthusiast, I can nevertheless understand the average Israeli’s interest in competitive sports; it’s enjoyable to watch.

But this is Israel, and we Jews are hated by the rest of the world, particularly the demographic that plays soccer. Soccer is the sport of the European and Arab world, and it cannot be extricated from politics, despite the sport’s attempts to present a neutral image. Pay attention, and you will notice many instances where soccer enthusiasts displayed their Jew hatred in the most naked manner. Within Israel itself, Jewish teams have endured violence from Arab teams. So it was only natural for the Arabs to try to have Israel thrown out of FIFA, the international body which regulates soccer.

True to form, Netanyahu responded by declaring that Israel mustn’t engage in breast-beating or accept the enemy’s grievances as having any basis in reality. If only he believed it himself in other venues. The fact that he keeps regurgitating even theoretically the false notion of peace with Arabs (which necessarily means Jewish territorial concessions) shows that he and his ilk have bought into world propaganda. Whether this is indicative of an erosion of his own beliefs or a weakness to fight the good fight, the result is the same. One doesn’t abandon something that truly belongs to them. The gentile wants to demonize the Jew. Jewish weakness and failure to assert basic truths betrays a lack of self-respect. The desire to prevent us from playing soccer is the least of our problems.

Low self-esteem is often masked by bravado and arrogance. Similarly with many Israelis, both native born and otherwise. Scratch the surface and you find the age old galus disease: The desperate need to please the world.

I cannot understand the mentality of those Israelis who root for local teams which feature Arab players, when there is not one Arab team on earth that would tolerate a Jew as a teammate. Nor can I understand the tendency of Israelis to root for two teams, one domestic and one in the international arena. The international teams are comprised of anti-Semitic Europeans who hate Israel. I cannot understand the lack of self-respect that pervades our country. I find it repugnant that Israel continues to play soccer or other sports with those who wish to see us destroyed. Netanyahu sees a victory in Israel’s attempts to squash this latest anti-Semitic attempt to demonize Israel. It is a bandage which mutes the danger of the surrounding world.

And it’s not just related to sports. I’m sick of whiny Jews littering the various social media outlets with the latest narishkeit about which singers or entertainers cancel their scheduled performances to entertain leftists. Nor am I delighted by those entertainers who resist such pressures and come to entertain us, sometimes with the well-intended but dangerous notion that they are actually creating a cultural bridge for peace. One would hope that “the people of the book” have something to offer to the world other than another forum for Elton John.

I find it tragic rather than charming that Israel has its own pagan hedonism festival, “Midburn,” which mirrors the notorious “Burning Man” festivals of other countries. A place where debauchery is celebrated and cultivated so long as the garbage is picked up at the end of the festival. There is nothing to celebrate when one witnesses a culture which continues to erode and lose any semblance of Jewish values. Once upon a time, leftists were afraid of the effect that the relatively harmless Beatles would have had on Israeli society. Today, the youth of Israel are increasing attracted to everything “New Age” and Eastern, more eager to feed at the Dali Lama’s pagan table of ideas than to truly investigate the beauty of Judaism.

Rather than asserting dignified positions, Israel’s current hasbarah campaigns illustrate our low self-esteem by ignoring the real problems. They think that the Jew haters will love us, because talented Jews contribute mightily in the world of hi-tech. They think that treating our enemies with compassion rather than cruelty will earn us favor in the eyes of those who think we exterminate Arab children. And they convince themselves that equal rights for everyone BUT Jews impresses our enemies.

So rather than asserting Jewish rights on the Temple Mount, rather than protecting Jewish lives in Jerusalem, Israel chooses to fight for the right to play soccer. Rather than defending Jewish lives, they aim to show the world that we can host gay parades just like other European countries. And in Israel, even the dead are deprived of rest, as the Arabs continue to vandalize the graves on the Mount of Olives. Israel’s weakling leaders apply a form of apartheid on the Jewish citizens of this country, both living and dead.

And in Israel the soul is also is danger as powerful evangelical and proselytizing organizations plant deep roots in the ground, in their eternal campaign to steal the Jewish soul. Every mainstream political party benefits from this incestuous relationship. And Israel allows it because the sums of money offered in return are staggering, and the unprincipled will always sell their souls for cash.

The problems in Israel today transcend the greater issue of physical and spiritual survival. I cannot celebrate Israel’s efforts to provide emergency aid to hostile countries, when the citizens of Israel are suffocated with taxes. One reads stories about holocaust survivors in dire need of food, a fact which should horrify even the most callous of individuals. When people are denied preventative medicine and medical testing that can save their lives, something is terribly wrong. For every high tech medical advance, one sees the more pervasive nightmare of crippling, suffocating, socialism embedded into the very essence of the country’s structure.

I cannot celebrate non-Jewish sentiments thrown out with gusto to attract lovers of Israel. No Torah based person takes pride in the fact that Israel is the only country in the Middle East which allows all faiths to practice and worship as they see fit. Certainly the Halachic ideal cannot celebrate such egalitarianism, despite the desire of Israel’s government to lure every pilgrim to our holy soil. Furthermore, it is patently untrue. Jews cannot worship on the site of our Temple Mount, our holiest Jewish site. They can’t even drink water, lest they make a blessing, which would agitate the Waqf who monitor Jewish visitors like hawks, to see if their lips move.

I cannot celebrate Israel’s twitter propaganda which begs the world to love us, because we won’t kill Arabs who stone Jews.  On the day that Israel’s contributions are in line with Torah, rather than the tenets of pacifism, feminism, and the other strains of relativism, I will proudly celebrate her contributions, whether particularistic or universal in nature. Until that day, I will clamor for an expression of sanity which protects Jewish lives at any cost, and pokes a thumb into the collective eye of the Jew hating world who has a problem with that. 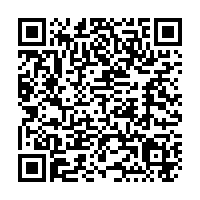