In American politics, the president marks the center – even an unusual president such as Donald Trump. Everyone is to the right or to the left of the president, and when a rightwing president takes over, the country adapts eventually, and rightwing ideas get a chance to be aired and examined, even in the bastions of the left. Such as the case of the NY Times timing an op-ed piece (A Settler’s View of Israel’s Future) by our friend Yishai Fleisher, radio personality and the international spokesman of the Jewish community of Hebron, to coincide with the historic visit of Prime Minister Netanyahu at the Trump White House. Although presented in the op-ed section, Fleisher’s is more of a survey article, introducing to US liberal readers a plethora of geo-political options for an Israel that is Jewish and democratic and does not border on a Palestinian State.

Referring to President Obama’s Secertary of State’s swan song last December, Fleisher notes that “Mr. Kerry’s mantra that ‘there really is no viable alternative’ to the two-state solution is contradicted by its manifest failure. With a new American administration in power, there is a historic opportunity to have an open discussion of real alternatives, unhampered by the shibboleths of the past.”


Stressing that “most settlers say without ambivalence that the two-state solution is dead, and the time has come for a discussion of new options by which Israel would hold onto the West Bank and eventually assert Israel sovereignty there, just as we did with the Golan Heights and eastern Jerusalem,” Fleisher introduces former MKs Aryeh Eldad and Benny Alon’s “Jordan is Palestine” plan. Since Jordan’s population is majority Palestinian, Israel would “assert Israeli law in Judea and Samaria while Arabs living there would have Israeli residency and Jordanian citizenship. Those Arabs would exercise their democratic rights in Jordan, but live as expats with civil rights in Israel.”

Next he examines Naftali Bennett’s plan to annex only Area C, where the majority of the 400,000 strong settler communities live, offering Israeli citizenship to the estimated 60 to 80 thousand Arabs there, while the Arabs living in Areas A and B would be awarded self-rule.

Fleisher then contemplates Prof. Mordechai Kedar’s idea of dealing separately with the seven or so Arab clans in the major Palestinian cities, bypassing the Palestinian Authority which they, too, loathe, and creating seven emirates which, along with the Gaza emirate, would enjoy self-rule.

Then there’s Caroline Glick’s idea to apply “Israeli law in the West Bank and offer Israeli citizenship to its entire Arab population without fear of being outvoted.”

Indeed, Fleisher notes that President Rivlin announced his support for Glick’s straight-forward, fearless solution, only if “the law must apply equally to all.”

Israel’s deputy foreign minister Tzipi Hotovely wants to create a political entity similar to the US’ Puerto Rico – you get your autonomous area, but you don’t participate in national elections.

Former MK Moshe Feiglin is launching his new Zehut (Identity) party these days, with a plan to offer the Palestinians financial support to immigrate, alongside a path to Israeli citizenship, provided they are prepared to swear allegiance to the Jewish State of Israel.

“None of these options is a panacea,” Fleisher admits, “But Israeli policy is at last on the move.” At last, discussions of the peace between Jews and Arabs will no longer be stuck in the futile two-state mode, and creative minds on both sides and elsewhere in the world will start bombarding us with new stuff.

It remains to be seen whether Israel’s own prime minister is capable of thinking outside the two-state box, and is willing to make the effort to excite his White House host about a new deal for Judea and Samaria. 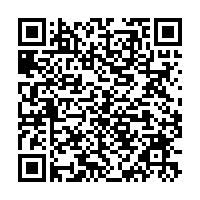