A Manhattan jury on Tuesday convicted Pedro Hernandez, 56, a bodega worker from Maple Shade, New Jersey, who confessed to the killing Etan Patz in 1979.

Etan Kalil Patz, born October 9, 1972 and declared legally dead in 2001, the son of Stanley and Julie Patz, was six years old when he disappeared in the SoHo neighborhood of Lower Manhattan, New York City, on May 25, 1979. His disappearance helped create the missing children movement, including the milk-carton campaigns of the early 1980s. He was the first missing child to be pictured on milk cartons. In 1983, President Ronald Reagan designated May 25, the anniversary of Etan’s disappearance, as National Missing Children’s Day.

Etan’s body was never recovered, there were no eyewitnesses and no forensic evidence. But in 2012 police received a tip that led to Hernandez. The tip came from his brother-in-law, who told police that Hernandez worked at a bodega near Etan’s school bus stop when the boy had gone missing, and that he heard Hernandez confessing to killing a little boy in the City.

Hernandez confessed on videotape that he coaxed the boy into the bodega basement, promising him a soda. “When he went in front of me, I grabbed his neck and I started to choke him. I was nervous. His legs were jerking,” Hernandez said in the video, demonstrating on his own neck. “When I choked him, I tried to let go but my body was shaking and jumping at the same time,” he said. “I wanted to just let him go but there was something that took over in me, and I squeezed him more and more.”

Hernandez was unable to articulate for police why he killed the boy.

In 1985, Assistant United States Attorney Stuart R. GraBois identified Jose Antonio Ramos, a convicted child sexual abuser who had been a friend of Etan’s former babysitter, as the primary suspect. But GraBois eventually found out that Ramos had been in police custody in Pennsylvania on the day of the disappearance. 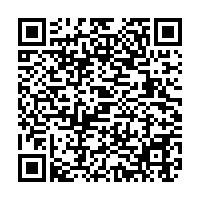