An Israeli Christian cleric told a capacity audience in Florida on Monday (March 6) that he personally praises G-d daily for “the blessing of being able to call himself an Israeli.”

Delivering the keynote address at the annual International Prayer and Dinner Event for Israel of the Proclaiming Justice to the Nations (PJTN) organization, Father Gabriel Nadaff described himself as “one of the few surviving Christians in the Middle East.”


An Israeli Greek Orthodox priest, Father Nadaff serves as a judge in Israel’s religious court system and as a spokesperson for the Greek Orthodox Patriarchate of Jerusalem.

Hundreds of participants at the event heard the priest urge American Christians to stand with Israel against the blatantly anti-Semitic, and anti-Israel Boycott, Divest and Sanctions (BDS) movement.

The event was held at the World Center in Orlando. 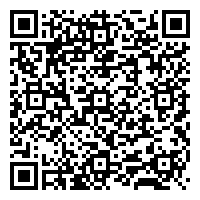