American Jewish leaders are raising the alert about anti-Semitic sermons that were delivered last Friday by two imams in California in response to Arab violence that followed Israel’s decision to install upgraded security measures at the Temple Mount compound in Jerusalem.

The New York-based Anti-Defamation League and Chabad-Lubavitch Rabbi Shmary Brownstein at the University of California-Davis both warned that the sermons contained anti-Semitic hatred against Jews.


In a sermon translated by the Middle East Media Research Institute (MEMRI), Imam Ammar Shahin of the Islamic Center of Davis (ICD) in Northern California, prayed that God would “liberate the Al-Aqsa Mosque from the filth of the Jews.”

According to the translation, the sermon continues, “O Allah, destroy those who closed the Al-Aqsa Mosque. O Allah, show us the black day that You inflict upon them, and the wonders of Your ability. O Allah, count them one by one and annihilate them down to the very last one. Do not spare any of them.” ICD is located just blocks away from Chabad of Davis.

In response to the furor created by the sermon, the Islamic Center of Davis offered this explanation in a statement issued hours later:

“The ICD will always stand against anti-Semitism similarly to how the Jewish community has always stood against Islamophobia in our close knit community. We have zero tolerance for anti-Semitism or any other form of bigotry.

“On July 21st, 2017, Imam Ammar Shahin gave a sermon at the ICD. The sermon was about the theological virtues of one of Islam’s holiest sites, Al-Aqsa Mosque. He also addressed the recent horrific events including the illegal closure, occupation, and attacks against Al-Aqsa Mosque, in addition to the killing and injuring of Muslim worshipers, including the wounding of the Imam of Al-Aqsa Mosque, and the prevention of worship and the call to prayer at the Mosque. Specifically, the Imam was referring to individuals that are contributing to this oppression.

“Imam Shahin and the ICD reject any attempt to blame all Jews for Israel’s policies just like we reject the attempts to blame all Muslims for the acts of fringe groups. In reality, Jews around the world are on the front lines speaking out and protesting Israel’s repressive policies against Palestinians.

“MEMRI, an extremist agenda-driven organization that supports Israel’s occupation of Palestinian land, and other Islamophobic news organizations, accused Imam Shahin of anti-Semitism, quoting edited, mistranslated, passages of the sermon out of context.

“If the sermon was misconstrued, we sincerely apologize to anyone offended. We will continue our commitment to interfaith and community harmony.

“MEMRI’s video included an edited segment about a Prophetic tradition dealing with the apocalyptic battle between Jesus and the Antichrist. Prophetic traditions addressing the end of times are not meant to address modern conflicts, the Imam was using the tradition to address unity and coming back to the faith. For more background information on this Prophetic tradition, see: “The Myth of An Antisemitic Genocide In Muslim Scripture https://yaqeeninstitute.org/en/nazir-…

“During these emotional times it’s important for all parties to use restrained language and maintain respect. The ICD welcomes all people to come to our Mosque to find out what we really teach, we have an open-door policy. The community plans to hold an interfaith town hall in the near future.”

The Los Angeles-based Simon Wiesenthal Center (SWC) isn’t buying the conciliatory tone, particularly in light of the new anti-Semitic hatred enfolded within the statement. On Tuesday a letter was sent to Secretary John Kelly at the Department of Homeland Security, asking him to launch an investigation.

“Imam Ammar Shahin has deployed a tried and true script that has been used by Islamist extremists to incite murder and mayhem around the world,” wrote SWC Associate Dean Rabbi Abraham Cooper and Interfaith Affairs Director Rabbi Yitzchok Adlerstein.

“By explicitly urging Muslims to annihilate all Jews by their own hands, Shahin has crossed the line beyond protected speech. Homeland Security knows better than anyone else that Islamist terrorism — fueled by religious fanatics — constitutes the number one threat to the safety and security of the American people.

“In addition, American Jews are the number one target of religious-based hate crimes in our nation. As such we believe that U.S. authorities, led by Homeland Security, have an obligation to fully investigate and take all appropriate actions in response to this explicit call to murder Jews.”

The Anti-Defamation League also noted that on the same day, Imam Mahmoud Harmoush at the Islamic Center of Riverside near the University of California, Riverside, sermonized about a plot between World War I and II to steal the land of Palestine from Muslims through “killing, crime and massacres.”

Harmoush, whose Islamic Center of Riverside was attended by one of the 2015 San Bernadino terrorists, went on to inform his congregation, “Dear brothers and sisters, the conflict is not only in Palestine. They are going there, and they will be demanding that next… I promise you, it is not only Palestine. If you are going to be like that, most of the Middle East, and even, as I said, Mecca and Medina.”

He ended his prayer with a call for Allah to “destroy them … disperse them and rend them asunder. Turn them into booty in the hands of the Muslims.”

ADL CEO Jonathan Greenblatt warned, “These statements are anti-Semitic and dangerous. We reject attempts to cast the conflict in Jerusalem as a religious war between Jews and Muslims.

“At this time of heightened tension, it is more important than ever for the Jewish and Muslim communities to come together to condemn the use of stereotypes and conspiracy theories,” Greenblatt added, “and to rebuild trust so that people of all faiths can coexist with mutual respect in the Holy Land and around the world.” 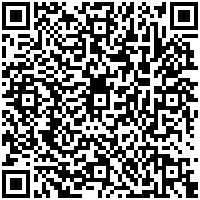