Former Prime Minister and Jerusalem Mayor Ehud Olmert has been facing multiple corruption charges for years. It was because of these charges that he had to resign from being Prime Minister of Israel.

At this point, there aren’t too many people, other than him and his lawyers who can keep up with all the cases. I admit that I’ve lost track and was surprised a few minutes ago when I saw headlines saying that he was convicted.

Ex-PM Ehud Olmert found guilty in bribery retrialFormer Prime Minister Ehud Olmert, already facing a six-year prison term after a corruption conviction, was found guilty on Monday in a separate case of accepting illegal payments from U.S. businessman Morris Talansky….On Monday, the judges ruled that Olmert had accepted $153,950 from Talansky when he was a cabinet minister, with the money kept hidden by an Olmert aide in a safe. The judges concluded that Olmert gave Zaken part of that money in exchange for her loyalty, and used the money for his own personal use without reporting it, as required by law, and in exchange for favors to Talansky, calling it a “serious conflict of interest.” They convicted him on charges of fraud and breach of trust. (Israel Hayom)


I hope that these convictions dissuade others from corruption. 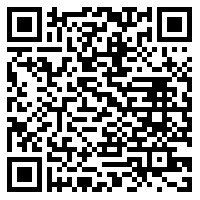