HonestReporting, a media watchdog group whose stated mission is “Defending Israel from Media Bias,” on Wednesday released the list of winners of its annual Dishonest Reporting Awards. And so, without further ado, here is a taste of their choices (for the complete thing, kindly click here).

1. Most Distrusted Reporter: Luke Baker, Reuters’ Jerusalem bureau chief, who twitted that Israeli security is “idiocy” (they strip-searched him leaving Gaza), called rightwing Jewish groups “Jewish nutjobs,” and dismissed veteran Arab-Israeli journalist Khaled Abu Toameh’s criticism of the media was “a joke.” He also has a reputation for a thin skin when it comes to others criticizing him.


2. Most Malicious Media Outlet: The Independent, whose Israel-related stories this year were written by desk journalists back in the UK who scan other sources on the lookout for juicy stories to rehash that will appeal to The Independent’s readership. Here’s a doozy headline: “Ramadan 2016: Israel ‘cuts off water supply to West Bank’ during Muslim holy month.” In reality, the drop in water pressure had been caused by a burst pipe due to poor maintenance on the part of the Arab customers, as well as water theft by Arab non-customers.

3. Most Anti-Semitic Editor: Leila Hatoum, Newsweek Middle East, whose memorable twit, “hitler’s mom was jewish. Prostitute who gave him an STD was jewish, his gf was jewish & his dr was jewish,” makes perfect sense, especially if, in the end, Hatoum’s psychiatrist at the insane asylum will also turn out to be, you know…

4. Worst Celebrations of Special Days: AFP, which dedicated its International Women’s Day coverage to the hardships of Arab women whose husbands are held in Israeli jails.

5. Best Example of a Blood Libel’s Half Life: Sydney Morning Herald, whose cartoon of an old guy pointing an electronic device at a city that’s being blown up helped identify him as Israel by adorning his head with a yarmulke and the back of his armchair with a star of David. Incidentally, nowhere in the heated discussion of this repugnant display of anti-Semitism did anyone mention that pointing an electric device at a city to blow it up is kind of an Arab thing.

6. Best Glimmer of Hope: National Public Radio, which acquiesced to listeners’ demands and removed a map illustration that showed the Middle East where the tiny dot long the Mediterranean coast we normally call “Israel” was named “Palestine.”

Next week, HonestReporting will announce its Dishonest Reporter of 2016 award. There are so many, it’s an embarrassment of riches. 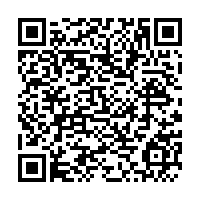