Grafton Thomas’ attorney Michael Sussman on Monday issued a statement saying that a psychiatrist had found his client unfit to stand trial on the federal hate crime charges against him.

Thomas, 37, is facing 10 federal hate crime charges for the alleged Chanukah, December 28, 2019 stabbing attack on a group of Jewish men celebrating Melave Malka in a rabbi’s home in Monsey, New York. Thomas has already pleaded not guilty to NY State attempted murder charges, but the federal charges could result in his execution.


Should the accused African-American stabber’s most seriously injured victim, Josef Neumann, 72, who has been in a coma with a fractured skull, die, God forbid, from his injuries, Thomas could be charged with murder, which is punishable by death under US law.

A hate crime is a prejudice-motivated crime which takes place when a perpetrator targets a victim because of their perceived membership in a certain social group or race. It suggests a more nuanced approach to crime, which could conceivably explain why an individual who understands the difference between good and bad may not necessarily pass the test for knowing enough to avoid a hate crime charge. 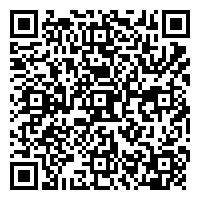